The Best Places to Be Your Own Boss 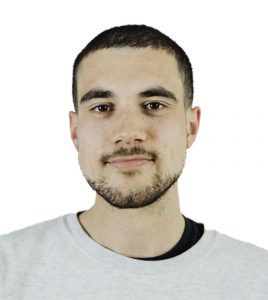 2018 was supposed to be the year that job automation relegated us all to bit-part roles in the gig economy. In reality, record numbers of us are voluntarily quitting our jobs to start businesses and become freelancers. Goodbye rat race, hello cool coworking space…

But what’s driving all this?

Well, job satisfaction in the traditional workforce has been declining for decades. But it's the opposite among the self-employed; in fact, 74% of freelancers say it's their “ideal employment situation”. And we have to admit, flexible working arrangements, the freedom to pick and choose projects and clients, and unlimited earning potential sounds great. But are they really practical??

Where can freelancers actually find these kinds of opportunities?

If you already use #FreelanceLife in your Instagram Stories, you might think you know the answer. If you’re hiding under your desk so you can read this article away from the watchful eye of your manager, we bet you want to know the answer.

We were curious too. So, we examined 112 US cities to find out which ones offer the best shot at freelance/entrepreneurial success. Read on to find out how your city performs…

Google and Expedia may have offices in this large college town, but it’s Ann Arbor’s stellar startup culture that vaults it to the top of our rankings. The city has a ton of homegrown success stories, including one unicorn tech firm. Meanwhile, five University of Michigan student-run venture capital funds funnel plenty of local investment into the area. Excellent citywide WiFi coverage and four ultra-modern coworking spaces make it a great landing spot for freelancers who like to switch up their scenery once in a while. It’s truly one of America’s most exciting innovation hubs.

Salt Lake City is the perfect place for budding entrepreneurs to turn their ideas into IPOs. Just ask Alex Bean and Blake Murray, the founders of local software startup Divvy who raised $57 million in VC funding in less than two years and remain active in Salt Lake City’s thriving business Meetup community. The city’s top-rated coworking space, Salt Mine, also hosts regular networking events where you can rub shoulders with local business owners and Goldman Sachs fund managers. A high density of coffee shops and free WiFi hotspots round out the list of reasons why Salt Lake City takes a podium position in our rankings.

South Florida Shines for the Self-Employed

Thanks to zero state and local income taxes, freelancers in Miami, Fort Lauderdale and Orlando all benefit from the (joint) lowest tax bills in the country. The Miami-Fort Lauderdale area in particular is a nationally-recognised hub for startups, which must have something to do with the abundance of networking events and coworking spaces available for entrepreneurs.

In New York, Being Your Own Boss Comes at a Cost…

Perhaps unsurprisingly for a city where [basically anything] costs more than [amount you can afford], New York isn’t the most freelancer-friendly city. For starters, the commercial capital ranks dead last for overall cost of living, and third from last in terms of the per person density of WiFi hotspots. There are several coworking spaces and Meetups happening in the city, but the numbers don’t translate favorably on a per person basis. Freelancers here are more in danger of being crowded out by the competition. If you live and work in the Big Apple, you also have to be prepared to pay big taxes. The city levies a local income tax that means freelancers earning the national average in New York would pay $1,453 more than their peers in neighboring Rochester, Syracuse or Buffalo. Naturally, those cities all rank considerably higher…

…and It’s Not Always Sunny in Philadelphia

Philadelphia’s shockingly low density of free WiFi hotspots certainly has something to do with its poor ranking. But perhaps more concerning for freelancers are the high local income taxes the city levies on residents. At a whopping 3.8907%, a freelancer in Philly earning the national average for a self-employed person would pay nearly $2,000 per year to the city government via the Philadelphia Wage Tax! Guess it’s not always sunny in Philly after all…

Southeast is Least Favorable Towards Freelancers

Three cities in the Southeast place poorly for different reasons. Residents of Lexington shoulder the highest total income tax bill of any city in the study. Meanwhile, Norfolk in Virginia has just one coworking space serving a population of more than 240,000 – far too few for entrepreneurs with ambitious growth goals or hiring plans. Eugene in Oregon enters the rankings second from last due to a mixture of the above and a dire per capita distribution of coffee shops. And if you do manage to track down a cup of joe on your lunch break, you’ll pay dearly for it – $4.53, on average!

So, there you have it! If the phrase ‘job for life’ sounds like a death sentence with a dental plan, move to Florida, leave behind your employee ennui and become your own boss. Just remember to pack sun lotion – we hear it gets sunny down there.

You can find the complete city rankings below. For research methodology, head to the foot of the page.

We examined the freelancer-friendliness of 112 of America's cities with a population greater than 100,000* (Source: US Census Bureau population estimates, 2018).

We looked at their performance along seven dimensions that reflect important considerations for freelancers looking for career success in the city. These data points were weighted according to how much they would affect someone’s ability to do this:

*The rationale for excluding cities with populations below 100,000 is that a city needs to be a certain size in order to offer freelancers sufficient opportunities to meet potential clients and professional collaborators