We’re a dedicated team of in-house editors, writers and researchers who are passionate about helping businesses find the answers they need.
On this page
Expand
Compare Free Dash Cam Prices and Save Get free quotes 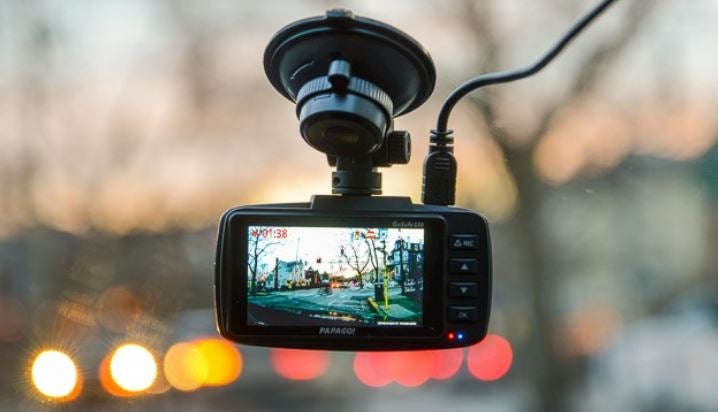 We carried out extensive research into the best dash cams for fleets, reviewing their pricing, features, and ease of use. Our top pick is the Verizon Connect Integrated Video, a feature-packed, all-in-one fleet management solution.

No two fleets are truly the same, though. That's why we’ve included seven excellent alternatives and explained which type of fleet they’re best suited to, and why we offer a bespoke quote service. Check out our table below to see which dash cams recorded top marks during our research…

Swipe right to see more
0 out of 0 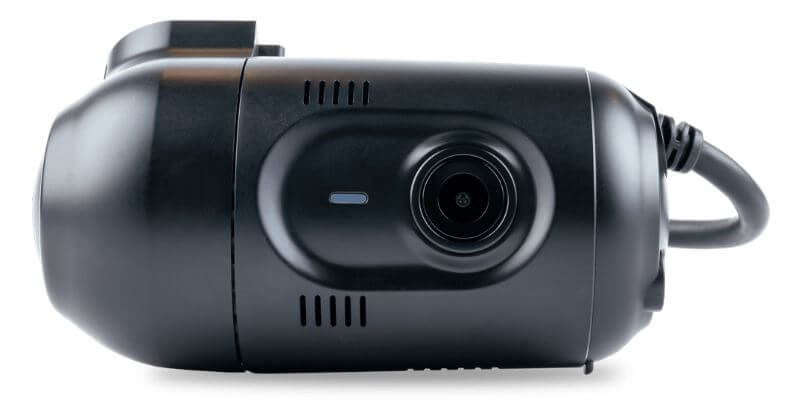 And it gets better – with an incredibly handy (and kind of futuristic) AI function, this smart system can actually analyze and classify footage of incidents so you don’t have to. Within minutes of an unsafe event, the AI will alert you to what went down, and tell you how severe the incident was. You can then review the footage yourself on your cell phone or computer. 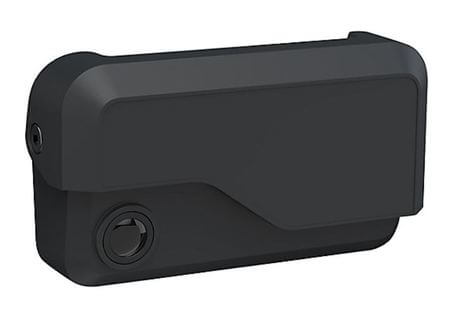 By automatically uploading footage to the Samsara cloud, the CM32 is a safety-conscious fleet manager’s dream. With this feature, your drivers don’t need to manually retrieve memory cards or download footage. The CM32 also analyzes high-risk behavior using its AI technology, such as distracted driving and running red lights – the camera can even identify speed limit signs, and notifies the driver if they are not observing the rules of the road.

More than just a safety companion, the Samsara CM32 records HD 1080p footage at 30 frames per second, using Infrared LED to capture superb night time video. All of these brilliant features can be installed into your fleet’s vehicles in about ten minutes, without any tech experience required. Each model costs $399, plus a $600 annual licence fee. 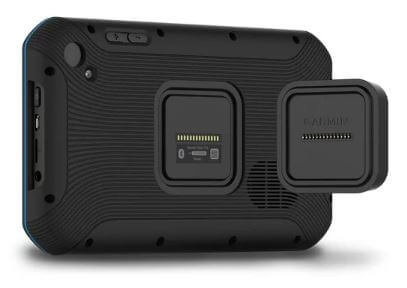 More than just a dash cam, the Garmin Fleet 780 is a 7-inch fleet management tablet with a built-in 1024x600p front-facing camera, making it the most durable dash cam on our list. Simply mount the device to your windscreen with a suction cup or magnetic mount, and your driver can then access the dash cam software through wifi and Bluetooth.

Aside from the built-in dash cam, the Garmin Fleet 780 can connect with exterior cameras, if you would like to give your drivers a wider view of the road. The dash cam’s smart technology also provides warnings for sharp curves, inclines, and bridge heights, which keeps your drivers safe on the road by minimizing the risk of crashes. This dash cam is part of a fleet management system, and so the prices will vary depending on your needs. 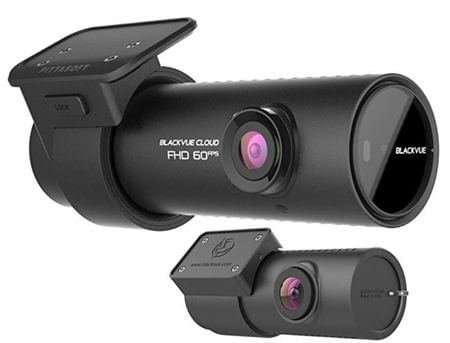 With the front camera capturing 60 frames per second – double the industry standard rate of 30 FPS – you won’t see more fluid footage than on the BlackVue DR750X-2CH. With such a smooth motion, this footage will be super easy to analyze after incidents, helping to expedite insurance claims for your business and ultimately save money.

The built-in wifi connection means you can connect your smartphone or tablet with the dash cam, while the GPS lets you visualise each vehicle in your fleet, wherever they are. What’s more, the BlackVue uses Sony STARVIS imagery sensors to provide high clarity recordings in low light. Depending on how much memory you need from your dash cam, these devices cost between $399 and $559. 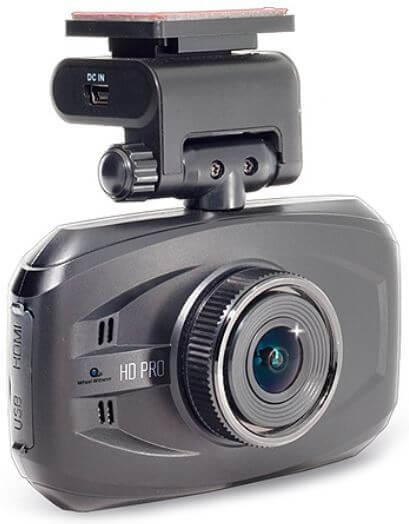 High-quality fleets need dash cameras to match. The WheelWitness HD Pro Plus boasts one of the highest recording resolutions on the market, at 2304x1296p, which is leagues above the industry standard 1080p HD. The benefits of such camera quality go without saying, but the HD Pro Plus’ Wide Dynamic Range technology also provides high quality night time videos.

As with every dash cam we recommend, this device does more than just record. It has built-in GPS which allows you to locate your drivers at any time, guiding the nearest drivers to the more convenient job site. What’s more, the WheelWitness HD Pro Plus uses loop recording – when old footage is automatically replaced by new footage every so often – which means your drivers can focus on the road, rather than retrieving and replacing memory cards. Prices usually start at around $125. 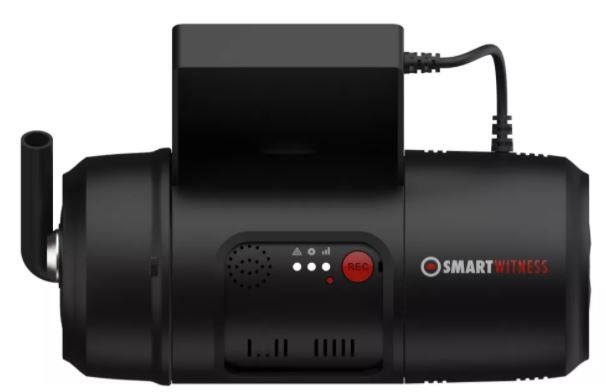 The SmartWitness CP2 comes with gryo sensors that turn the camera automatically in order to keep it stable if a collision occurs, which makes it the best option for capturing stable footage. The CP2 also comes with built-in Wi-Fi and GPS to help with your fleet management needs, plus 128GB of storage to help you store plenty of footage.

Best for the budget-conscious

The Mobius ActionCam’s big selling point is its price: you can get your hands on this little beauty for around just $70. Weighing 1.2oz, this cam is super compact and portable, and records high quality 1080p video. However, because the ActionCam is a multi-purpose camera rather than a dash cam specifically, it is missing a few of the safety and security features that make the others on this list ideal for business fleets – such as an intelligent parking mode and unsafe driving alerts.

Really, if you want a no-frills, cheap, easy-to-use device that captures high quality video, this is a solid option. But if you want something that’ll help you prevent and evaluate incidents a little more intuitively, you might be better off going another way.

Best for ease of use for drivers 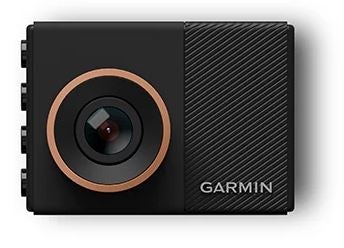 Impressively, this compact dash cam records video in 1440p HD – the highest resolution on this list. But that’s not the only thing that makes it special. Garmin’s Dash Cam 55 enables voice control, which means your drivers can tell it to save videos, take stills, record audio and more, without taking their hands off the wheel – though how often your drivers will actually need to use these features is up for debate.

Also, unlike plenty of other dash cams, the Dash Cam 55 can use GPS to alert drivers to all sorts of upcoming hazards – including the presence of nearby red light cameras and speed cameras. At $199.99 each, this camera’s price is reasonable, but certainly not the cheapest out there.

Picture quality, reliability, GPS integration, and price are all crucial factors to consider when choosing a dash cam. According to our research, the best dash cams for business use are Verizon Connect Integrated Video, Samsara’s CM32, Garmin’s Fleet 780 and 55 models, BlackVue’s DR750X-2CH, the WheelWitness HD Pro Plus, SmartWitness CP2, and the Mobius ActionCam.

Why did we pick these dash cams? Well, because fleets aren’t all about trucks – the devices here suit any sized vehicle, from ATVs (All Terrain Vehicles) to Saloons. And whether you need a dash cam to improve your drivers’ performance, encourage safe driving, or record the highest quality footage, one of these dash cams could be just what your business needs…

…so how do you choose the right one?

Easy. Simply tell us about your business fleet using our quick form, and you’ll receive tailored quotes from trusted fleet management companies that can cater to your needs. This process is fast and free – why not try us out?

How do dash cams work?

Fitting your fleet with dash cams is simpler than you might think. To work, a standard dash cam will need to be either hardwired into a vehicle’s fuel box, or plugged into its cigarette lighter (the latter option is definitely easier, quicker and cheaper – it won’t require an engineer).

Because they’re connected directly to the vehicle in this way, dash cams switch on and start recording automatically when the vehicle’s ignition is turned on – meaning your drivers don’t have to remember to press any buttons or set anything up before they get going.

Dash cams record continuously while the vehicle’s ignition is on – but where does all this footage end up? Well, it’ll usually be saved onto your cam’s micro SD card, separated into short clips that are easy to peruse – usually about three minutes long each. Some clever dash cams will also upload their footage to the cloud.

“But what if someone hits one of my cars while the ignition’s off?” we hear you cry. If you’re worried about that, you’ll want to look for a cam with intelligent parking mode, which makes your camera record automatically when the vehicle is bumped while parked. Neat, right?

It’s worth knowing that some cams will come with a battery that powers this parking mode, while others will need to be hardwired into your vehicle for it to work.

The good news is that, when this limit is hit, your cam won’t just give up. Usually, it’ll keep on recording – but this can be a risky game, because the new footage it’s capturing will overwrite video that’s already saved on the card.

Fortunately, a lot of cameras now come with G-sensors. These clever little things detect impact, and instruct your camera to automatically lock footage that was recorded just before and during the impact, so it can’t be overwritten.

How much do dash cams cost?

When it comes to dash cams, you get what you pay for. A dash cam’s price tag will depend on its durability, the sophistication of its tech, the quality of the video it records, and the breadth of features it offers – basically, how good it is.

You can get your hands on a basic, no-frills dash cam (like the Mobius ActionCam we’ve reviewed in this article) for as little as $60 to $70. Mid-range dash cams tend to come in at around $150 to $200, while top-quality, intelligent, feature-rich dash cams can cost $300 or more.

Why should I get dash cams for my business fleet?

We’ve covered the which, the how, and the how much. Now, here’s the why…

Dash cams are impartial witnesses to accidents on the road, diligently immortalising the cold hard truth. That’s why the video they capture is increasingly being used to settle insurance claims.

Not only does having footage to hand speed up the whole painful process, it also means you can defend your drivers when someone blames them for an accident that wasn’t their fault. Win-win! (Except, of course, when your driver is responsible – in which case you’ll have to bear the consequences and use the experience to train them in safer driving!)

At the moment, auto insurers in the UK and Canada even offer insurance discounts to business fleets with dash cams. We’re holding out hope that US insurers will eventually get behind this too!

2. Dash cams tell you a lot about your drivers

Dash cams enable you to see what your drivers see. This means that, if one of them is partial to inappropriate or dangerous driving behaviors – or habits that waste fuel, like idling or harsh acceleration – you’ll know about it.

Armed with this information (and the video evidence to back it up), you’ll be able to communicate with your drivers about driving more safely, or even organise training for them to stamp out risky habits.

It’d take a very brave criminal to hotwire or tag a car with a camera that could be watching their every move. Even if you know your cam is switched off, often its presence will be enough to turn off potential thieves and vandals.

On the flipside, having a valuable bit of tech on display in a vehicle is always risky. It’s likely, though, that the benefits of it being there will outweigh these risks.