Even in today's digital world, many items still need to be sent by mail. Increasingly these items are goods (often items bought from e-commerce sites) as opposed to letters.

By offering discounts to provide an incentive for businesses to presort mail, USPS can reduce the amount of work required to prepare the mail for dispatch, leaving it free to focus on the large volume of mail generated by millions of low volume customers.

The Cost of Postage Meter Fraud

Although most users of postage meters are honest and play fair, there are always those who seek to exploit the system by manipulating the meters to avoid paying the full price on mail.

Given that there are over a million postage meters currently in use and that they account for over a third of all postage revenue, combating postal meter fraud is crucial to the smooth running of the USPS.

By extension, it is also crucial for US businesses as the cost of undetected postage meter fraud is ultimately passed on to honest customers.

A little known fact about USPS is that it has its own police force. The US Postal Inspection Service was founded in 1737 by Postmaster Benjamin Franklin of Philadelphia and is a federal law enforcement agency dedicated to fighting crime relating to mail delivery by the USPS.

Amongst its various functions is the detection and prevention of fraud, including postage meter fraud.

The first step in defense against fraud of this nature is to carry out regular inspections of both the meters themselves and the mail sent with them. Businesses hire postage meters from various companies licensed by the USPS.

Part of the licensing agreement requires meter manufacturers to inspect their meters at least twice a year while the USPS also inspects them at similar intervals.

In addition to this, USPS spot checks mail at least once a quarter to confirm that the postage indicated on the items tallies with the fees paid to USPS.

However, it could be said that the most important weapon in the ongoing battle against postage meter fraud continues to be the development of better postage meters. That is, ones which are more technologically advanced and therefore less susceptible to tampering.

Between their introduction in the early 20th century and the 1990s, the development of postage meter technology lagged behind the growth in mail deliveries. To begin with, however, this went largely unnoticed, probably due to the fact that for most of the 20th century, the bulk of USPS business was concentrated on delivering letters.

As letters were relatively cheap to post, there was minimal incentive for committing fraud – at least not against USPS. There were, however, reported instances of postage mailers deliberately being set to stamp the wrong date.

With the increase in parcel deliveries, the extra weight being mailed increased postage costs and with it the incentive to commit fraud. Its effect on USPS began to show. This resulted in a congressional hearing on the topic in 1993 at which it was agreed that postage meter technology needed to be improved as a matter of urgency in order to bring significant levels of fraud under control.

Since then, meter manufacturers have worked hard to increase the security of their machines and this has had a very positive effect on reducing postage meter fraud overall. 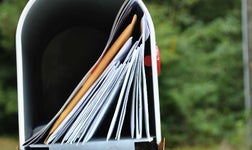 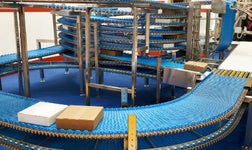 What's New at the USPS?

What is a Parcel Locker? A Simple Guide for Businesses 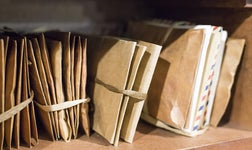