States with the Most Fatal Car Accidents Caused by Distracted Driving

One in 10 fatal car crashes are caused by ‘distracted driving’ in the U.S. every year, new Expert Market research reveals.

What is Distracted Driving?

Distracted driving is when activities, such as eating while driving, fiddling with the car stereo, or using your cell phone take your eyes off the road.

The most common driver distractions include:

You may be surprised to know that the number one cause of car accidents isn’t drunk driving, teen drivers or running red lights – it’s distracted drivers.

Worryingly, experts warn that this isn’t the whole picture.

What Qualifies as Distracted Driving?

The number of accidents caused by cell phone use while driving is notoriously under-reported, the National Highway Traffic Safety Administration (NHTSA) claims.

For a death to be classified as being caused by a cell phone, a police person needs to witness the phone use firsthand.

Given that police are typically called in after an accident has taken place, it’s easy to see why the number of reported accidents and casualties could be higher than official figures suggest.

Consequences of Texting While Driving 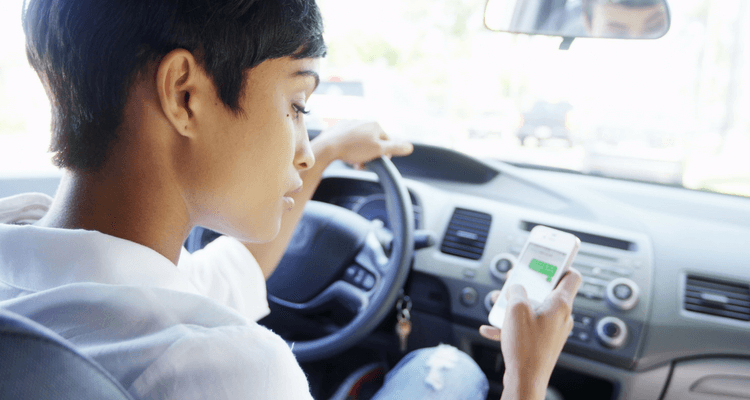 Texting while driving is extremely dangerous.

If you take your eyes off the road to send or read a text for five seconds while driving at 55mph, it’s the same as driving the length of a football field with your eyes closed.

According to researchers at the NHTSA and Virginia Tech:

The NHTSA and Virginia Tech study revealed that teens are four times more likely to get into accidents while using their phone while driving than other age groups.

This is hugely problematic since studies have shown that teens use their cell phones more while driving than adults, putting themselves at serious risk.

Who are the Most Distracted Drivers?

Expert Market research reveals the disastrous consequences of distracted driving at a state by state level.

We crunched the numbers and found that using cell phones while driving kills as many as 300 people annually in some states.

Read the top 10 states below.

The research team took data showing the total number of deaths on the road for each state and then looked at the national average of deaths caused by being distracted on a cell phone. Using this average, they then applied this to each state in order to estimate how many deaths were likely to have been caused by driving while using a phone.

The ranking was created using official figures from the National Highway Traffic Administration and the Insurance Institute of Highway Safety.