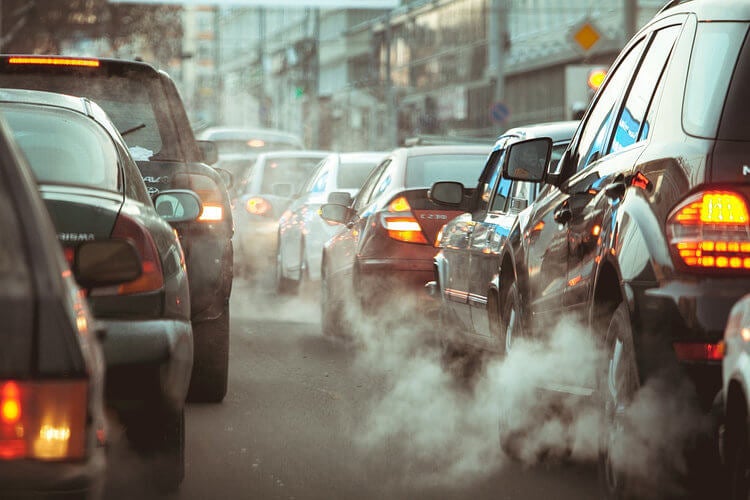 When it comes to motoring, the USA is nothing short of a powerhouse. Not only does it manufacture the second-highest volume of vehicles in the world, it also owns and drives the second-highest number of cars, trucks, motorcycles, and more (second only to China on both these counts).

Of course, all this driving isn’t great for the environment – and that’s an understatement. Guzzling fossil fuels and spewing out harmful carbon dioxide (CO2) and other gases, the World Health Organization (WHO) says transport is the fastest-growing contributor to climate emissions.

However, some drivers have a bigger environmental impact than others – and what's more, some states have more of these drivers than others. We wanted to know which states are home to these more toxic drivers, which are home to cleaner drivers, and why. Here’s how we found out. 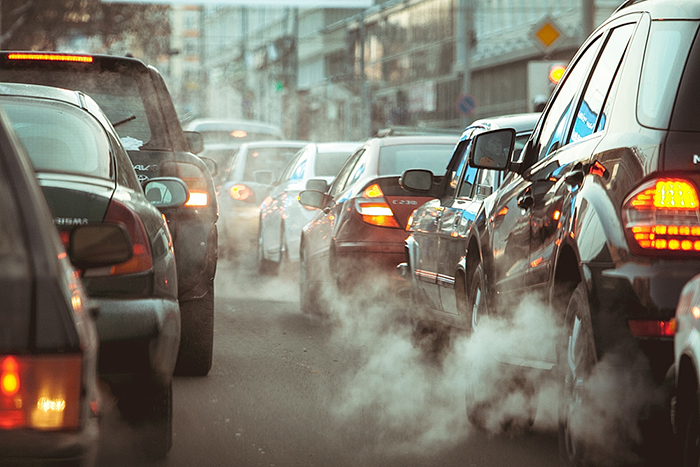 We gathered state-by-state data from sources including The Alliance of Automobile Manufacturers, The US Department of Energy, and The United Health Foundation to get the measure of how polluting each state’s driving habits can be said to be.

These are the data points we chose to explore:

Using all of this information, we were able to rank all 50 states based on how toxic (or how green) their drivers’ habits are. So, what were the results?

Which states are home to the USA’s most toxic drivers? 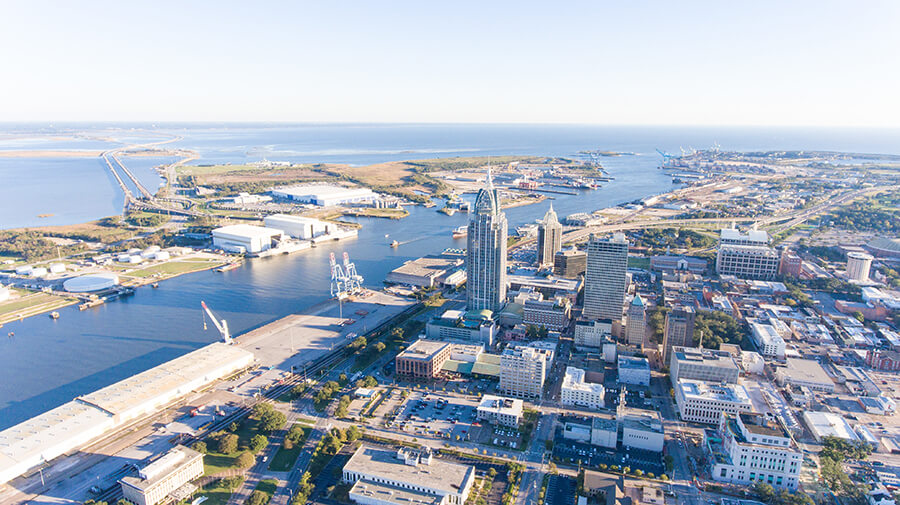 As it turns out, Alabama – or, at least, the way its people drive – isn’t as sweet as Lynyrd Skynyrd might have you believe.

When it comes to making vehicles, Alabama is the USA’s fifth-most important state. Certainly, it’s the car-manufacturing capital of the South, home to plants run by giants including Honda, Mercedes-Benz, and Hyundai – the latter of which is set to invest some $388 million in expanding its Alabamian operations.

The upshot? Alabama loves its motors. And this – coupled with the scores of Alabamian farmers who need more than one type of vehicle to traverse and tend their lands – means it’s no surprise we found a disproportionately high number of automobiles here. To be exact, there are 1,030 motors for every 1,000 inhabitants – the nationwide average, by the way, is 875.

Not to mention that, at an average age of 13.2 years, these vehicles are more toxic than they could be. The older a car is, the less likely it is to meet current sustainability standards for factors like fuel efficiency, and the more environmentally harmful it’s likely to be. This applies especially to cars older than 12 years.

Furthermore, Alabama’s not exactly a driving force when it comes to encouraging and supporting cleaner alternative fuel vehicles, such as electric cars. It has just eight laws and incentives designed to benefit alternative vehicle drivers – for comparison, the average number of such regulations to be found in a US state is 23.

As well as this, Alabama is home to just 12.4 alternative fuelling stations for every 100,000 of the state’s inhabitants. While not the smallest proportion we found, it’s small enough to place the Yellowhammer State in our bottom ten on this count – leaving us to assume that a similarly small portion of the state’s drivers use clean alternative fuel.

Alaska is known for its snowy climate, mountainous vistas, glistening waters and spectacular wildlife. By all accounts, it’s a naturally stunning state. So it may come as a surprise that our study has pegged Alaska’s drivers as having some pretty polluting habits.

Of course, when you take a closer look at the figures, things become as transparent as an Alaskan fjord. Alaska’s drivers own the second-oldest vehicles in the US – at a rusty old average age of 13.6 years – and the state is home to a considerable 960 vehicles for every 1,000 inhabitants.

Like Alabama, Alaska’s minimal use of alternative fuel vehicles also pushes it into our second place spot. If you drive an electric car, for example, you’ll only find 26 charging outlets across the state. With all alternative fuel types considered, there are just 33 of the necessary stations to be found in the entirety of Alaska.

That’s a measly 4.5 alternative fuelling stations for every 100,000 inhabitants. This, the smallest proportion to be found in any state in the US, leaves us to safely assume that the vast majority of Alaska’s drivers are powered by pollution-spewing fossil fuels.

What’s more, Alaska doesn’t offer many incentives for drivers to trade these more harmful vehicles for cleaner alternatives, with only five laws and incentives in place to encourage this.

With 1,122 vehicles for every 1,000 inhabitants, the people of Idaho own more vehicles than those in every state except Wyoming. The Gem State has no announced GHG reduction targets, and – while not the lowest – its alternative fuel station count of 13.6 for every 100,000 inhabitants is beaten by plenty of other states.

Alongside Idaho, Montana has the oldest vehicles in the US, at an average age of 14.3 years. It also boasts the third-highest number of vehicles per capita, with 1,120 for every 1,000 inhabitants. The Treasure State doesn’t shine for clean fuel-supporting laws and incentives, either – there are just 15 here, and the state has no official GHG reduction targets.

Ohio’s ambient air pollution comes in at 9 PM2.5 – meaning its air is cleaner than just four other states’. It hasn’t proven strong when it comes to pushing greener fuel, either, with just 12 alternative fuel stations per 100,000 Ohians, and a mere 14 laws and incentives to support it. With 910 motors for every 1,000 inhabitants, the state doesn’t boast a massively excessive number of cars per capita – although 910 is more than average.

Which states are home to the USA’s cleanest drivers? 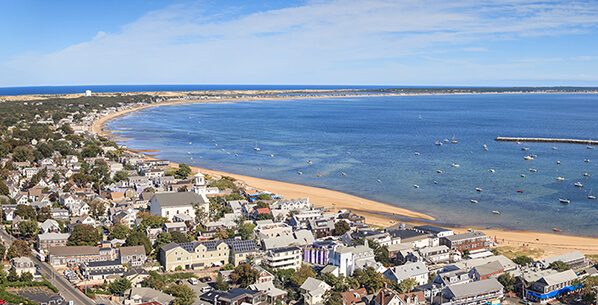 Why? For starters, the Bay State is bursting with unprecedented enthusiasm for sustainable initiatives.

But what about the state’s drivers? Well, with 820 vehicles for every 1,000 inhabitants, Massachusetts’ drivers own fewer motors than the national average. Plus, at 10 years old on average, their vehicles are the fourth-youngest our study found.

Furthermore, the fact that there are 29 alternative fuelling stations for every 100,000 Baystaters implies there’s a relatively high proportion of drivers who’ve plumped for alternative fuel vehicles over fossil fuel clunkers. 29 doesn’t sound like a lot, we know, but it’s higher than the average amount to be found in a US state, which is 22.

And with 33 laws and incentives to encourage alternative fuel driving, Massachusetts seems pretty dedicated to getting its drivers into cleaner, leaner sets of wheels. Not to mention the fact that the state’s currently working towards an official target of reducing its GHG emissions to 80% below 1990 levels by 2050.

Perhaps in thanks to the state’s many green initiatives, we found the ambient air pollution in Massachusetts to be tellingly low – just 6 PM2.5, where the national average is 7.52 PM2.5. This is a tangible result for an environmentally-conscious state.

“But New York City is in New York State!” we hear you cry. Well, although the thought of NYC’s roads may spark visions of blaring horns, snippy road rage and choking exhausts at every turn, our study reveals that the people of the Empire State have the second-cleanest driving habits of all.

Importantly, inhabitants of New York State have fewer vehicles per household than any other state, with just 539 sets of wheels for every 1,000 people. This, in large part, is due to the stellar public transport infrastructure to be found here. People simply don’t need to drive as much!

And the vehicles that are being driven around New York State are much younger than those found elsewhere. In fact, at an average age of 9.6, they’ve got fewer years under their (seat)belts than those in every state except Oklahoma – where the average vehicular age is a practically diaper-wearing 9.3 years.

We know that New York State is committed to green energy: in January 2017, New York Governor Andrew Cuomo pledged that the state’s energy would be 100% carbon-free by 2040. And with 34 laws and incentives designed to encourage citizens to drive alternative fuel vehicles, New York State seems headed in the right direction when it comes to phasing out fossil fuel-powered driving.

Vermont’s nickname isn’t the only thing that’s green. The Green Mountain State is home to the highest proportion of alternative fuel stations in the country, with 89.2 stations for every 100,000 Vermonters. Plus, at an average age of 10 years, Vermont’s vehicles are pretty young, and it’s got the nation’s fourth-cleanest air (5.2 PM2.5) to boot. Not to mention its legal target to reduce GHG emissions to 40% below 1990 levels by 2030.

Now, Maryland has secured this place on our list primarily because it has the most stringent official emissions reduction target – the state is aiming for a 90% decrease on 2006 GHG levels by 2050. It’s also in our top three for its number of vehicles per capita, with just 690 for every 1,000 state inhabitants.

Driving cars, trucks and motorcycles that are, on average, just 10.1 years old, New Hampshirites can be proud of where they live – the state has the second-cleanest air in the US, with pollution levels of just 5 PM2.5. When it comes to other factors, however, the state is closer to middling – there are a meagre 20.1 alternative fuel stations per 100,000 people, and 24 laws and incentives to encourage alternative fuel driving. Not the best, but still better than many other states.

How can you make sure your business drives a clean fleet?

While several states are edging in the right direction, the US as a whole still has a long way to go when it comes to cleaning up its roads. If you run a business that manages a busy fleet of vehicles, you can play your part in this – whether you operate in Alabama, Massachusetts, or somewhere in between.

Of course, we know you’ve got a lot to think about already. You need to make sure your staff get to their destinations on time, and ensure none of your hard-earned vehicles are stolen or break down.

And, while it may not be as close to home as your business’ success and security, it’s also your responsibility to keep an eye on the environmental impact your business has. And managing your fleet sustainably won’t just reduce harmful emissions – it’ll also save you some serious cash.

Here are a few tips for running a greener, cleaner and leaner fleet:

In short, fleet rightsizing means optimizing your vehicles for the tasks they perform. Look at the types of vehicles you have, and how many. Analyze their mileage, payloads, and fuel economy. Are you using only the vehicles you need to? Are they being used sustainably?

For example, if you have large vehicles with excessive payloads that you never need to fill, trade them for lighter vehicles that don’t go through so much fuel.

With GPS tracking capabilities, vehicle tracking systems can do much more than keep tabs on your vehicles’ locations. They can also stop your business using more fuel and creating more CO2 than it needs to, doing so by:

Can you see yourself running a fleet of electric vans? If you have the means, why not start trading your old, fossil fuel-burning bangers for cleaner, more efficient alternative fuel vehicles?