Donlen does driver risk management better than just about anyone

Donlen Corporation is a fleet management firm that specializes in utilizing both online and GPS technologies to successfully take charge of an entire fleet.

Everything from vehicle acquisition to accident tracking, and from funding to fuel costs can be taken care of by the convenient, simple to use management systems created by Donlen. The corporation is widely considered to have the most versatile, accessible and comprehensive fleet management systems currently available in the United States.

Donlen are a dedicated fleet management subdivision, owned by global giant parent company Hertz, who are well-known for their vehicle rental division. Founded in 1965, this subdivision has three main aims: to reduce costs, increase efficiency and minimize negative effects on the environment.

Donlen has gone from strength to strength, and it’s estimated that roughly 21 percent of fleet managers in the United States are now making use of telematics solutions such as those offered by Donlen.

Furthermore, Donlen Corporation have expanded their fleet management systems worldwide to include Canada, Mexico and Europe, and are recognized as one of the best companies to work for in the United States.

What Does Donlen Corporation Offer?

Donlen offers a range of management systems that track practically every aspect of one's fleet. Using internet enabled smart GPS technology, not only are the systems able to track location, speed, engine status and route compliance, but they can also create accident statistics, mileage reports and fuel tracking for all vehicles.

Fleet managers can keep up to date with the real time status of their vehicles using FleetWeb, the firm’s online content management system.

Despite an estimated 80 percent of companies in the United States with a fleet comprising of over 3000 units utilizing some sort of fleet management system, only 20 percent of those with a fleet under 100 units do the same, with a concern regarding costs and returns cited as the primary reason.

These are actually quite shocking statistics, and it seems that a lack of understanding about the advantages of a fleet management system is the reason for such negativity amongst smaller businesses.

Perhaps the primary issue is that businesses tend to view fleet management systems as simply a way of combining separate tasks into one more easily digestible chunk, which is why companies with smaller fleets believe they wouldn't benefit from such technology. However, there is more to fleet management software than the main marketing campaigns focus on.

In addition to the unrivaled accuracy of vehicle reporting, of those that use Donlen systems, the majority cite improved driver behavior as the greatest advantage of the system as a whole.

This is closely followed by better route compliance by drivers (thanks to integrated tracking systems) and fuel savings created by the Donlen Mastercard which can save companies an estimated 10 percent on their annual fuel costs – which is huge considering the ever increasing gas station prices.

Accident reduction, perhaps due to improved driver behavior and better compliance, is also considered to be a major advantage.

Simon Roofing sought to improve asset tracking and hours on-site for its fleet of 250 light- and medium-duty Ford F-Series trucks. Since many drivers drove their company vehicles during off hours, the company wanted eyes on their fleet; they also wanted to ensure accountability and accuracy in customer billing.

They turned to Donlen's DriverPoint Telematics to solve their problems. Following a successful four-month pilot program, DriverPoint was rolled out to the whole fleet. Results were nearly instantaneous. DriverPoint's reporting functions allowed Simon to track idle time, fuel purchases and maintenance issues in addition to location data. In additon to ROI, the company lauds Donlen for its proactive approach, as well as the consistency and quality of its support as it pursues its goals.

Houghton Mifflin Harcourt Publishing Company is a global leader in education and publishing. Houghton's challenge was managing a high volume of transactions per month for fuel and other expenses. The company needed to ensure compliance with company expense policies, and enlisted Donlen's assistance in cutting costs.

To ensure compliance, Harcourt issued its drivers the Donlen MasterCard® fuel card, which tracks dollar amounts and cost per gallon, vehicle fuel mileage, maintenance timelines, purchases in excess of vehicle tank capacity, and exception-based reporting for spending limits, daily transactions and odometer readings. Harcourt has been able to leverage the data collected to ensure the integrity of expense reporting, resulting in 93% compliance and a massive cost savings.

Prices for a Donlen fleet management system vary depending on exactly what the customer wants out of the system, but as a general rule, companies should expect to pay between $200 and $350 for the necessary hardware per vehicle.

This may seem expensive, but businesses can also expect a $185 to $225 return on investment per month. 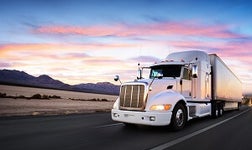 How Does Fleet Management Work? 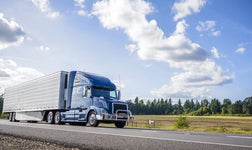 Fleet Management and the Internet of Things

Electronic On Board Recorders (EOBR)

Garmin Fleet Tracking Review: Is it Right for Your Business? 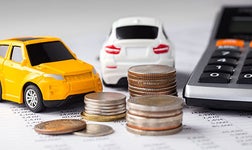 How Much Does GPS Fleet Tracking Cost? The Ultimate Guide 2023