CITGO can trace its history all the way back to the Cities Service Company, an oil and gas exploration and wholesale company founded in 1910. In the century since, it's expanded to retail operations, refining, and other operations, and operates today as a subsidiary of Petróleos de Venezuela. While its filling stations are known to drivers across the eastern United States, the company also offers fleet fuel cards to business customers, allowing them to leverage significant savings and tools to manage their fuel expenses.

CITGO offers three fleet fuel cards, each with a unique set of features. With so many options, it's safe to say that CITGO offers great benefits to small, localized fleets and larger nationwide carriers alike. Contact Expert Market for advice on finding the right fuel card to fit your fleet size, monthly fuel spend, and geographic reach.

CITGO Fleet cards are bespoke cards issued and backed by WEX. The APR varies based on the applicant's credit rating. CITGO offers three distinct fleet cards, each suited to a different type of business/fleet, and each with its own unique rewards and incentives.

All cards offer free 24/7 account access and management, including mileage and tax reporting, driver ID capture, expense controls and limited fleet reporting. Each card is also backed by 'round the clock customer service. You can save money on gas, and time on administration, with a CITGO Fleet card.

The basic CITGO Fleet Card is best for small fleets, or those that primarily operate locally. It carries a $10 monthly account fee that's waived if your fleet purchases 500 gallons of fuel or more per month.

The CITGO Fleet Select card is suited to medium-sized and larger regional fleets operating where there are many CITGO stations. It offers all the benefits of the CITGO Fleet card, plus a little bit more. There's no monthly fee, and businesses earn per gallon rebates on their monthly fuel purchases, ranging from one cent per gallon after 500 gallons to five cents per gallon for purchases over 10,000 gallons. The Fleet Select card also offers enhanced tracking and reporting, as well as enhanced security features.

The CITGO Fleet Universal card is meant for large fleets that operate nationwide, or whose travels often take them beyond the reach of CITGO's coverage area. It offers the same no-fee terms as the CITGO Fleet Select card (and the same rebate structure), with a twist. In addition to 6,000 CITGO stations, there are tens of thousands more belonging to the WEX network that will accept this card, giving your fleet's drivers access to 90% of filling stations nationwide, though your purchases at non-CITGO stations typically will not count toward your monthly rebate totals.

Eligible for Fleet Fuel Card Quotes?Click your state below to find out

CITGO operates 6,000 filling stations in 27 states and Washington, DC, making it easy for many drivers in the eastern half of the continental United States to find a station when they need it. Practically every state along the Eastern Seaboard and along the Gulf of Mexico has both standard filling stations and marine stations available. Coverage is sparse in the Midwest (especially Iowa, Minnesota and Wisconsin) and nonexistent west of the Mississippi River.

CITGO has a store locator and trip planner on its website, which shows the amenities offered at individual stations but does not allow sorting by features offered. The only CITGO app is Club CITGO, available on Android and iOS; it's of no consequence for commercial use, since it's primarily linked to CITGO's consumer rewards program. For drivers using the CITGO Fleet Universal Card, we recommend the WEX fuel finder app. Not only will it enable you to keep track of in-network CITGO stations, it will also help your drivers find the non-CITGO stations at which their card will be accepted.

Aside from the surprising lack of a proprietary fuel finder application, there are no concerns or serious downsides to the CITGO Fleet series of fuel cards, provided you choose appropriately for your business. Given that CITGO is a regional company, you should probably consider an alternative if your business, and/or its fleet, operates primarily outside that region.

The CITGO Fleet and Fleet Select cards have plenty to offer local and regional fleets east of the Mississippi, while the CITGO Fleet Universal card offers excellent coverage and benefits for fleets that operate farther afield. 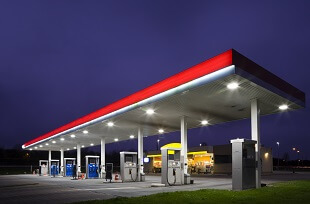 FleetCards USA Fuel Cards Review
We use cookies. By browsing our site you agree to our use of cookies.