BP is one of the biggest oil and gas companies in the world – but how do its fleet card programs stack up?

Hailing from across the pond, BP is a longstanding member of the prestigious “supermajor” club – that is, it’s one of the seven largest oil and gas companies in the world.

Not only does this fuelling behemoth have a decent presence on the US’ highways and byways, it also provides two different fleet card options – known as its Business Solutions programs – to companies that manage fleets of vehicles.

In a nutshell: BP’s fleet card programs can help you to end overspending – but small fleets won’t reap as many financial benefits as larger companies.

$10 monthly fee for businesses that buy less than 5,000 gallons of fuel

Fuel rebates only available at BP gas stations, and for businesses that buy 300+ gallons per month

No BP stations in the West, with several gaps in the Midwest, South and Northeast

What Are BP’s Fleet Cards’ Features and Benefits?

✓ Save on fuel costs

One of the great things about BP’s fleet cards is that, when your drivers use them to buy fuel at BP stations, you’ll earn monthly rebates on the cost.

If your fleet runs on gasoline, you’ll save more as you buy more:

But you won’t benefit from this sliding scale if your vehicles are diesel-powered – as rebates on diesel costs are capped at 3.5¢:

We know what you're thinking – So I’ll make money by spending money? What’s the catch? Well, here it is – you’ll only get these rebates when your drivers fill up at BP stations, even if they hold the Universal Fuel card.

Plus, this benefit won’t be of much use to smaller fleets – sadly, only those that buy 300 gallons or more each month are eligible for rebates.

Using BP’s online portal, you can keep an eye on the purchases your drivers are using their fleet cards to make – in real-time, 24/7. You’ll be able to look at account information whenever you want, and create reports by driver, vehicle, exception, MPG, and more.

As well as drastically cutting down your admin time, BP’s reporting will also enable you to keep an eye on fuel usage and vehicle performance – empowering you to start cutting back on unnecessary costs.

Not only can you use BP’s online portal to monitor your drivers’ card usage, you can also use it to set limits on spending. Here’s what you can do:

Plus, with BP’s fleet cards, security is as much a priority as flexibility. Odometer readings and driver IDs are required for each purchase, so you’ll know your cards aren’t being used by the wrong people.

How Much Do BP Fleet Cards Cost?

Depending on how much fuel your fleet uses each month, you might be subject to a service charge from BP in order to use its fleet cards:

$10 certainly isn’t going to break the bank – and BP’s spending controls and reporting functions are likely to help you cut down on fuel costs in a big way anyway.

Aside from the account fee, you mat also be subject to a late fee. This is typically $75 or 5% of the new balance (whichever is higher). There is also an annual fee of $120.

Other fees you could be subject to include a charge of $75 or 9.99% of the new balance (whichever is higher) if your account is high risk.

If you want to learn more about the fleet card pricing options available to you, we can help. Simply tell us about your fleet using our quick form, and you’ll receive tailored quotes from trusted fleet card providers that can cater to your needs.

Are BP’s Fleet Cards Right for My Business?

Could one of BP’s fleet cards be right for your business? Let’s find out:

“I manage a small fleet”

Either of BP’s cards could be a good fit for you. Both come with features that’ll help you save money and time – two precious small business resources – by cutting out unnecessary purchases and eliminating the need for time-sucking admin tasks like filing receipts and reimbursing your drivers.

If your drivers are consistently within reach of BP stations, you might decide to look into the Fuel Plus card. If not, the Universal Fuel card is the better option from BP.

Of course, it’s worth remembering that, if your business uses less than 300 gallons of fuel each month, you won’t earn any rebates on fuel costs. And, if you buy less than 5,000 gallons of fuel per month (which is likely), you’ll need to pay that $10 monthly fee. If saving as much cash as possible is important to you, you might want to cross BP off your list of potential providers.

“I manage a medium to large-sized fleet”

Unless there are BP stations in all the locations your fleet operates, it’s likely that BP’s Universal Fuel card will be the better option for your business – especially if your drivers travel coast to coast or border to border.

Rather than limiting you to BP stations only, this card can be used at any station that accepts MasterCard – which amounts to 175,000 locations across the country. It’s worth remembering, though, that you won’t benefit from any fuel cost rebates when you use a station that isn’t BP.

If your business buys 5,000 gallons (or more) of fuel each month, there’s even more of an incentive to join a BP fleet card program, as your monthly fee will be waived.

“My fleet operates in a particular part of the US”

While the Universal Fuel card has great coverage across the majority of the US, whether or not your drivers will be able to use the Fuel Plus card – which can only be used at BP stations – will depend on where your fleet is based.

If your fleet operates in the West of the US, BP is a good option as it has a large station coverage. Delivery companies, taxi firms, and other fleets that operate within the boundaries of a city are a good match for BP.

If you’re down South, it’s worth being aware that there are no BP stations in Texas or Oklahoma, while Louisiana boasts just one. Elsewhere in the South, though, you’ll find plenty of places to fill up on BP gas.

In short, if you’re based in any of the places where BP stations are lacking, you should consider the Universal Fuel card – or different fleet card supplier.

BP’s fleet cards come with some really handy features – including real-time monitoring, customizable spending controls, and fuel cost rebates – that could help you drastically slash the amount your fleet spends on fuel and services at gas stations.

Of course, there are some downsides to BP’s programs, too. There’s the $10 monthly fee for those who buy less than 5,000 gallons of fuel a month, the fact that small businesses who don’t buy 300 monthly gallons aren’t eligible for rebates, and the scarcity of BP stations in large areas of the country.

It may be that you feel the benefits offered by BP’s cards outweigh these drawbacks – and you could get around the coverage issue by opting for BP’s MasterCard-partnered Universal Fuel card instead of its Fuel Plus program.

Whatever you decide, comparing all of the fleet card providers (and their prices) available to you before settling on one is a smart idea. We can help you with that. Simply tell us about your fleet by filling in our quick form, and you’ll receive tailored quotes from trusted fleet card suppliers that can provide what you need. The process is fast and free – why not give it a go?

What Other Fleet Card Programs Could I Consider?

To help you make the right decision for your business, we’ve reviewed a variety of US fleet card providers – why not check out some of our other reviews to investigate your options? 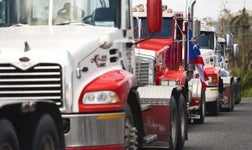 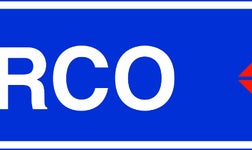 ARCO Gas Cards Review: Are They Right for Your Fleet?

ExxonMobil Fleet Cards Review: Are They Right for Your Fleet? 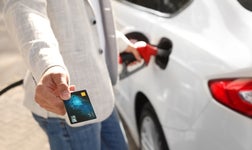 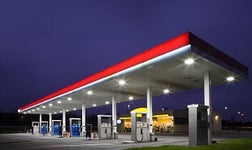 Shell Fleet Cards Review: Are They Right for Your Fleet?