Email, Slack, office phones, VoIP… what do the numbers say about the future of business communication?

The importance of effective communication in the workplace can’t be overstated. Whether it’s an email, a phone call, a Slack message, or a good old-fashioned meeting, how a business’ employees work with each other is a key contributor to its success.

But what is the current state of communication in the workplace, exactly? We wanted to find out. And, as we dug up more and more facts about business communication, a few alarming questions began to surface.

Just how engaged, for instance, are American employees? How much time do we waste dealing with spam emails, and how many relevant messages are slipping through the cracks of our attention? And sure, the past few years have seen Slack become the tool of choice for millions of workers…but does it actually boost productivity?

Read on for 99 eye-opening facts about how our workforce communicates. Just how important is effective workplace communication? And what are the consequences when it’s done badly? From the importance of phone systems to the waning influence of meetings, the following statistics are a must-read for interns and CEOs alike. Let’s get started!

Phones are absolutely everywhere – but do they belong in the workplace? What attitudes do employers hold towards mobile work, and how good are we at picking up the receiver?

1. Three in five companies say that phone systems are amongst their most urgent priorities for investment

2. Just 26% of US companies provide mobile phones for their employees

3. 98% of enterprises report that their employees use smartphones for business purposes

4. 87% of companies expect employees to use their personal devices for business purposes

5. One quarter of a CEO’s time in a working day is spent on phone calls

6. 85% of employees use more than one device to communicate at work

7. Workers who feel their employers use mobile technology effectively are 23% more satisfied than those in companies where use of mobiles is “bad”…

9. Mobile workers account for around three quarters (72.3%) of the US workforce

10. 70% of workers keep their personal phones “within eye contact” at work

13. Two-thirds (65%) of customers still prefer to contact a business by phone

14. 86% of calls to businesses are put on hold before the caller speaks to anybody…

15. …and almost a third (32%) of those callers will hang up immediately

16. 78% of people who text wish they could have a text conversation with a business

How many emails do we send and receive each day, and just how much of our time and profits are unwanted emails wasting?

17. The first networked email system was established in 1971, by the late Ray Tomlinson

18. Around 306.4 billion emails are sent and received worldwide, every day…

22. There are more than four billion email users worldwide

24. 42% of Americans check their business emails while in the restroom, and 18% do so while driving!

25. More than one half of emails are opened on a mobile device

27. …yet only 20% of them have some kind of plan or structure in place for dealing with those emails!

28. People spend an average of 17 hours per week reading, responding to, and sending work emails

31. In fact, only about 38% of the average inbox contains emails that are actually relevant or important

33. Almost half (47.7%) of workers said that receiving fewer emails at work would increase job satisfaction

34. …and 26% of employees view email as a serious productivity killer

35. However, email is still preferred as the primary method of communication for 74% of adults

36. 30% of employees don’t check their work emails outside of the office

39. In the case of a work emergency, 43.9% of people would prefer a text rather than an email

40. Regardless of the email’s importance, it takes an average of 64 seconds for a worker to ‘recover’ from an email interruption, and resume work as normal

42. …costing businesses about $20.5 billion every year in lost productivity

43. 70% of emails are opened within six seconds of receipt

Is Slack the future of workplace communication?

44. Slack has more than 10 million daily active users across over 600,000 organizations…

46. These users spend around 50 million hours on Slack every week…

54. The average knowledge worker (think IT jobs!) ‘checks in’ with a work instant messaging tool (such as Slack) every six minutes…

55. And other business communication solutions, such as Office 365, can save businesses up to half an hour per day in lost productivity

56. Workers with team messaging are 23% more likely to work when out of the office than those without a similar business communication tool

57. However, productivity has been shown to increase (as much as 5%!) in a Slack outage. Too much of a good thing?

Are meetings an effective way of collaborating, or would we all rather be somewhere else?

59. 95% of employees prefer business communication solutions (such as email, phone systems, and Slack) to face-to-face meetings

60. Companies host an average of 61 meetings per month…

VoIP is in the ascendancy… is it time your business made the switch?

63. 29% of companies switch to VoIP (Voice over Internet Protocol) office phone systems because they make it easier to forward calls to their mobile phones

64. The amount of corporate VoIP subscribers worldwide is expected to reach 204.8 billion this year

65. Small businesses that switch to a VoIP telephone system can save up to 40% in local call costs…

The State of Workplace Communication

How good are we at getting our point across in the office?

67. Over the last 20 years, time spent on workplace collaboration and communication has increased by 50% or more

68. 63.5% of employees expect a response to an email or business-related instant message within the hour

69. However, three in four of those people have never spoken with a colleague about communication, or what a reasonable response time is!

70. Just 17% of employees believe their line managers are effective communicators

71. Company intranets are used on a daily basis by just 13% of employees…

72. …while almost a third (31%) of workers admit to having never used their organization’s intranet at all!

73. On average, only 21% of organizations keep their workplace communications simple and jargon-free

The Importance of Good Communication

Just how crucial is it to get workplace communication right? Hint: very important

74. 64% of businesses list communicating their “strategy, values, and purpose” to employees as a key priority

75. Leaders spend around 80% of the working day communicating

76. Employees that feel their voice is heard in the workplace are almost five (4.6) times more likely to feel empowered to deliver their best work

The Cost of Poor Communication

Getting workplace communication wrong has a ripple effect, and the consequences aren’t just monetary…

78. Miscommunication in the workplace costs companies with 100 employees an average of $420,000 per year

79. For larger companies, the average yearly cost of poor communication is more like $62.4… million!

80. 28% of employees cite poor communication as the reason for not being able to deliver work in an allotted time frame

81. 86% of corporate executives, educators, and employees cite ineffective communication and poor collaboration for failures in the workplace

82. A huge 69% of managers are uncomfortable when communicating with their employees…

83. …and 16% shy away from face-to-face interaction, preferring email instead

84. 39% of employees around the world feel that people don’t collaborate enough within their organization

85. Yet, 75% of employers rate collaboration and teamwork as ‘very important’…

86. …but only 18% of employees are evaluated on their communication skills in performance reviews

87. One in two (49%) of millennials support the use of social tools for communication in the workplace…

88. …and more than a third (36%) of that same demographic spend two or more hours a day checking their personal phone

89. The average employee spends around 20% of their time searching for internal information, or tracking down colleagues for help with specific tasks

You're ninth-tenths of the way there… don't stop now!

Engagement in the Workplace

How engaged are your employees?

91. An enormous 70% of employees in the US are not engaged at work

92. On the flipside, those who are engaged are 27% more likely to report “excellent” performance

93. 75% of employees are more likely to watch a video than to read a similar message in a web article or email

94. Only 34% of employees have spoken with their manager about their struggles with distraction in the workplace

95. 55% of employees feel that a mobile app would help them be more engaged with their company

96. High-performing organizations are 80% more likely to have a process for crafting excellent corporate stories

97. 93% of industry professionals attest to the importance of creativity in internal communications…

98. …but only 6% of them believe that that creativity is used to its full potential!

99. On top of this, 60% of companies don’t have a long-term strategy or vision for their internal comms

So, what did we learn from this data-driven foray into the convoluted canvas of company communication? In this 99-fact exploration of corporate storytelling, what story of its own does our list have to tell?

Firstly, it’s that most US businesses aren’t good enough when it comes to communicating with their employees. The organizations with effective, creative internal comms strategies are the ones succeeding, while businesses with poor communication techniques are also dogged by missed deadlines, lower employee engagement, and a lack of confidence in managers and colleagues.

Is it time, for instance, to start harnessing the potential of video to increase employee engagement? Should email still be a business’ primary form of communication? Does a more modern tool such as Slack require checks and balances to ensure its effective use, or do VoIP phone systems represent peak productivity going forward?

We’re answering all these questions and more in an upcoming article, where we’ll unpack the statistics in full, and offer up insights that’ll help you supercharge your own workplace communication. When it's written, you can be sure we'll add a link to it right here, so keep an eye out for updates.

In the meantime, though, why not share this article, or Tweet me @robdbinns with your thoughts. Until next time! 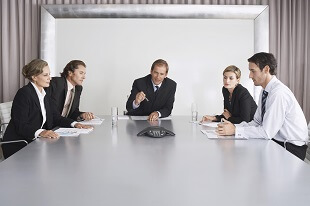 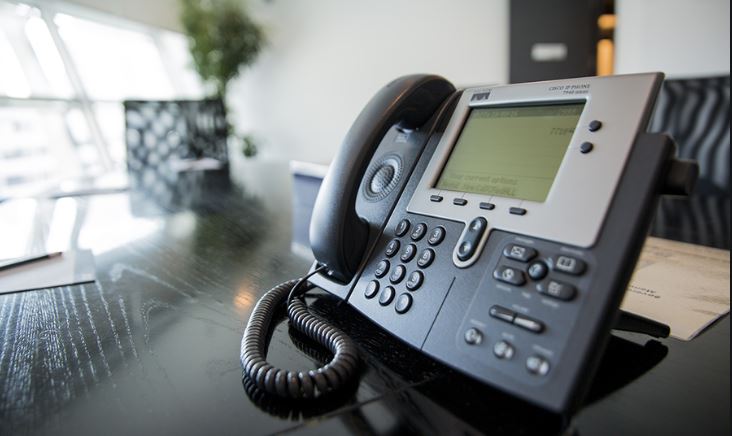 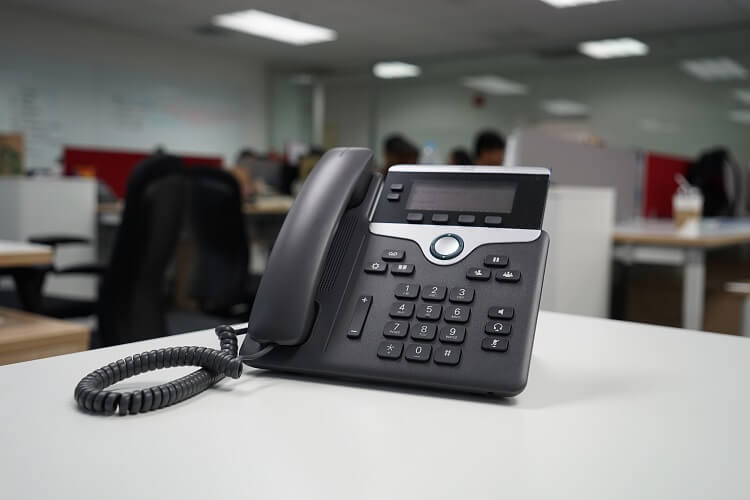 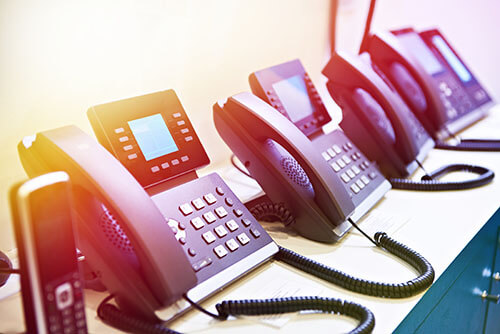 Best Small Business Phone Systems Comparison
We use cookies. By browsing our site you agree to our use of cookies.