Coffee vending machines are not as complicated as they may appear. This article explains how they work.

If you think about it, making coffee is simply adding together coffee beans or grounds to hot water and mixing with milk and sugar, and that’s exactly what a hot drinks vending machine does.

The large, all-in-one type hot drinks vending machines, such as the Astro Espresso and the Evolution Freshbrew system, simply work by combining ingredients that have been stocked in the machine.

The exact ingredients will depend upon the type of machine, with some machines taking coffee beans that are ground as needed with an integrated grinder, some taking pre-ground beans that have been freeze dried so they stay fresher for longer, and some taking instant granules which typically produce a lower quality drink but are far more cost effective.

When payment is made, the sensors inside the machine become active, responding to the buttons pressed.

An integrated boiler heats water to just below boiling point so as not to burn the coffee, and releases the correct amount of water into a mixing chamber, pouring through the coffee grounds (or mixing with instant coffee granules).

This is left for a short time to brew, and milk and sugar is also added to the chamber depending upon the user’s request. An insulated cup is placed underneath the spout by the user, and the chamber releases the coffee.

The grounds are tipped into a waste receptacle which needs to be manually emptied on a regular basis.

In-cup vending machines work in much the same way. Machines like the Refresh 1400 have the boiler and the mixing chamber of the vending machines described above, and combine pre-stocked ingredients to create a drink based upon the user’s specifications.

The main difference is that in-cup machines deliver the drink already in its insulated cup. The right sized cups can be purchased from vending machine suppliers and are stocked inside the machine along with the ingredients like coffee, milk and sugar.

When the brewed coffee is released from the mixing chamber, it is poured into one of these cups and presented to the customer in a ready to drink format.

Whereas regular vending machines work through the use of buttons and sensors that add the right amount of each ingredient to create the perfect drink, manually operated machines like the Carousel Hot Drinks Solution are far more basic, and are very much like a drip or filter machine.

There are two types of manual vending machine available. In one, hot water is added to the water tank which is situated above a chamber containing coffee grounds.

An insulated cup is pressed against the spout, causing water to be released and flow through the grounds and into the cup.

The second type of machine is even more basic. It doesn’t include the chamber, so is really more of a hot water dispenser.

Users will need to add instant coffee granules to their cup, before aligning the cup under the spout and releasing the water.

When it comes to the ways in which coffee vending machines work, it’s not all about the coffee, it’s also about the upkeep and maintenance of the machine.

Usually, vending machines are leased from a supplier, and it’s they who will ensure the machine keeps working as it should.

With regular visits, suppliers should empty the cash drawer, reconcile the proceeds against sales, empty the waste grounds, refill ingredients and cups, and generally undertake any work to both the interior and exterior to keep everything running smoothly, such as ensuring there’s no build up of dirt around the exterior buttons that could cause them to stick, and making sure nothing is blocking the internal sensors that could prevent some ingredients from being added to the mixing chamber.

There’s really not much to understanding the ways in which a coffee vending machine works – it’s all remarkably simple. That’s not to say they don’t produce some excellent, delicious, and high quality beverages!

Where To Buy A Coffee Vending Machine?

Coffee vending machines can be bought from commercial suppliers. By purchasing directly from these companies, customers can also enjoy a variety of additional benefits and services, such as 24 hour technical support, free set up and customizable machine capabilities (such as beverage options).

Alternatively, coffee vending machines can be purchased via online auction sites. Whilst often in a used condition, these machines tend to come at a reduced price when compared to those sold by commercial retailers. Purchasing through these auction sites can therefore be an attractive option for small scale businesses, or those requiring only one or a small number of vending machines.

How to Descale a Commercial Coffee Machine

How Do Commercial Coffee Machines Work?

How Much Does a Coffee Machine Cost?

How Much Does a Coffee Vending Machine Cost? 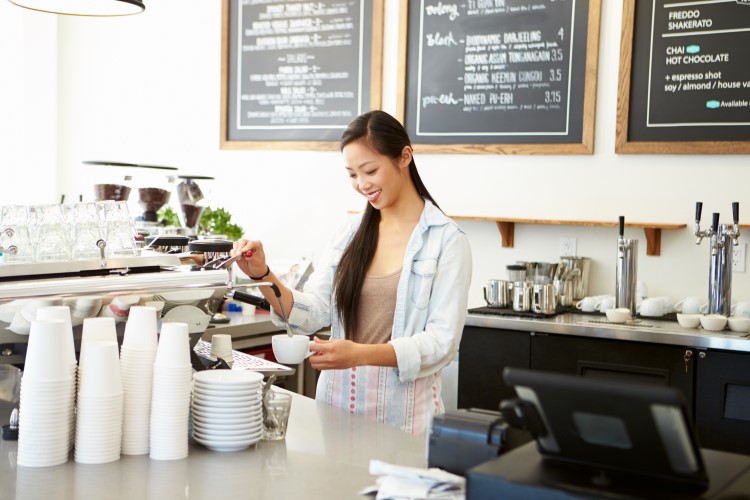 How To Buy A Commercial Coffee Roaster
We use cookies. By browsing our site you agree to our use of cookies.