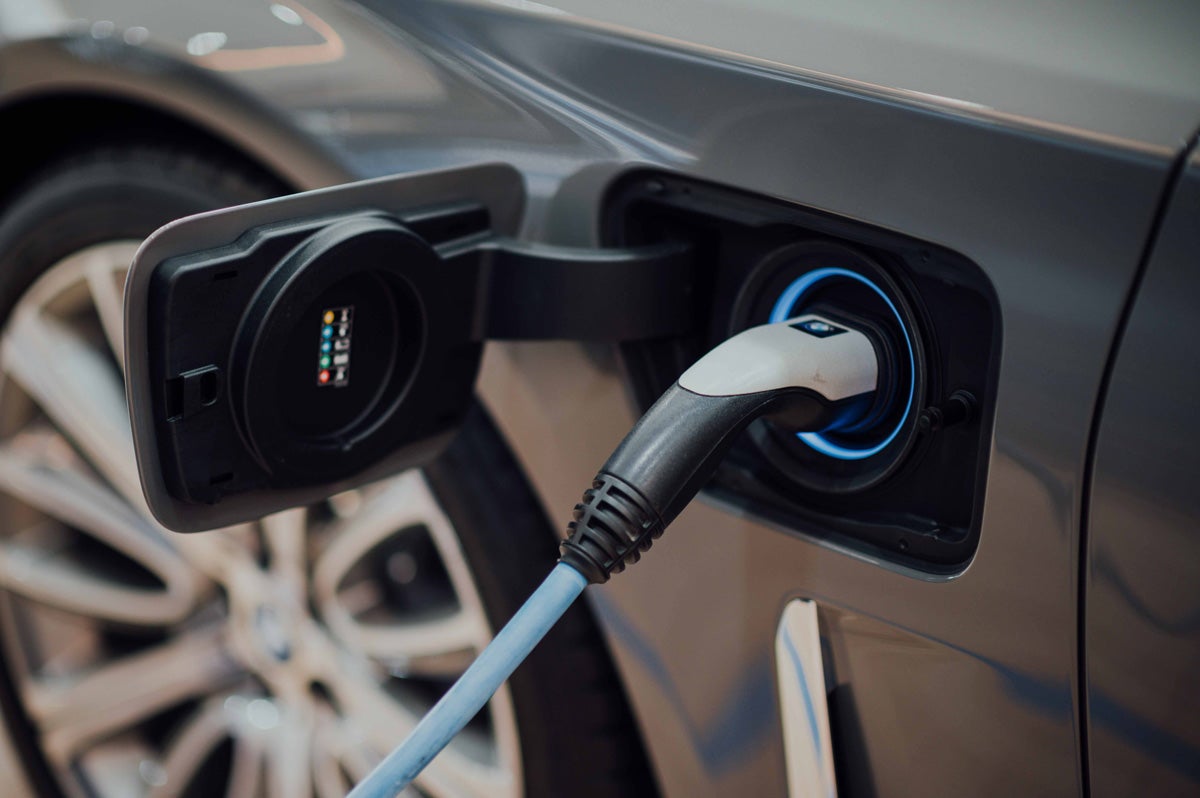 In the face of a climate emergency, switching to electric vehicles can have a huge impact – on the environment, your bottom line, and your brand image. Here's everything you need to know about managing EVs

Now more than ever before, businesses are being held accountable for the impact they have on the environment. With 15% of the UK’s 2018 carbon emissions coming from the transport sector (according to a 2020 ONS report), the onus is on company owners to make more environmentally-responsible decisions.

Of course, if you manage a business fleet, eco-friendliness might seem like a lost cause. Whether taxis, vans or HGVs, there’s no getting around the fact that you need your carbon-spewing vehicles to be out on the road. Right?

Well, there’s one huge way in which you can drastically cut your business’ carbon footprint – and that’s by swapping your standard fossil fuel-burners for electric vehicles (EVs) (or if you’re just getting started, by building your new fleet with EVs).

Read on, and we’ll answer these questions – and help you feel empowered to run an electric fleet.

Why are electric fleets becoming popular?

The growing popularity of the EV is undeniable. In a 2019 survey from Kia Motors UK, 65% of fleet managers said their fleets included both pure electric vehicles and plug-in hybrid electric vehicles (PHEVs) – marking a massive 27% increase in the space of just a year.

And this growth is only set to continue. In 2018, research from Geotab revealed that 89% of UK fleet managers expect EVs and PHEVs to play a “dominant” role in their fleets by 2028.

So, what’s behind this growth? Well, front and centre are the benefits associated with driving electric vehicles, which we’ll cover in detail in the next section. But another powerful driver is government strategy.

In 2018, the UK government unveiled its Road to Zero strategy, which saw it pledge to invest £1.5bn into the research and development of electric vehicles and the charging infrastructure. The ultimate goal? To completely phase out petrol and diesel sales, and have entirely electric roads, by the year 2040.

This has led to a range of new electric models entering the market as manufacturers strive to keep up with targets for electric vehicle sales. Plus, the EVs they’re developing are now more affordable and far more efficient than previous models, making them a much more attractive option today than they once were.

The role of increasing taxes and charges

Added to this is the fact that government legislation is making running petrol or diesel fleets ever more costly. The ‘diesel tax’, for example, is a series of charges and taxes now being applied specifically to diesel drivers (or diesel fleet managers). These include:

Similarly, London’s ULEZ (Ultra Low Emission Zone) charge – introduced in April 2019 – means that, if businesses’ vehicles aren’t up to particular emissions standards, they must pay between £12.50 and £100 every day, for every vehicle that drives in the central London zone. EVs, being zero emissions vehicles, are exempt from these charges.

Save by comparing vehicle tracking quotes from leading suppliers
Do you already have a Vehicle Tracking System?
Yes No

What are the benefits of running an electric fleet?

Aside from their ability to help you to dodge heavy fines and taxes – and the fact that they’re super quiet to drive, which is nice for both your drivers and the communities around them – an electric fleet can benefit your business in two huge ways:

1. They release no emissions

This one’s obvious. Electric vehicles are clean and green – they don’t release any carbon emissions, making them much, much better for the environment than their petrol or diesel-powered counterparts.

Besides minimising your business’ impact on our planet, showing yourself to be an eco-friendly, carbon-conscious business can bring about some other – perhaps unexpected – advantages.

For instance, you may find you attract more talent than you used to. Plenty of young workers – as many as 65% of 16 to 24 year olds, according to The Department for Business, Energy and Industrial Strategy – are keen to join companies that have an environmental conscience.

Plus, from a consumer-facing perspective, going electric is an excellent selling point that can be pinpointed in your marketing. As customers become ever more wary of what they back with their money, boasting eco-friendly status may just give you an edge over your competitors.

2. They’re cheaper to run and maintain

When asked why they (would) include EVs/PHEVs in their organisation’s fleet, 45% of Kia Motors’ survey respondents said it was because they’re “cost-effective”.

Of course, if you’ve seen the outright cost it takes to buy an EV – which, it has to be said, is usually heftier than the price tag on a traditional vehicle – you might be scratching your head at that. But, when it comes to actually running and maintaining the vehicles, there are a tonne of savings to be made.

If you run a fleet already, you know what a burden fuel costs can be. Well, electric vehicles are usually much cheaper to power up – some public charge points are even free to use! In fact, research from Hitachi Capital has suggested that businesses could save up to £13.7 billion a year(!) in fuel expenses if they switched to electric.

As well as these super fuel savings, electric vehicles can also be around 70% cheaper to maintain than their traditional counterparts. For a start, they have fewer components that need to be maintained, meaning servicing is simpler – and therefore cheaper.

Plus, electric vehicles all include some form of regenerative braking, which slows down a vehicle by capturing some of its kinetic energy and cycling it back into the battery for additional power. Not only does this mean you spend less on charging up, it also means less wear and tear on your tyres.

Will an EV fleet come with any disadvantages?

When it comes to electric vehicles, it has to be said that security can be an issue. EVs tend to have a high resale value, which makes them something of a target for thieves in the know.

Of course, this is just one of the reasons why investing in a vehicle tracking system is a good idea. If you’ve got tabs on where your vehicles are at all times, you’ll be able to help police to pin down an errant vehicle that much more quickly.

If you’re interested in using a vehicle tracking and fleet management system that’s been designed specifically for electric fleets, be sure to read about our favourite below!

Another potential disadvantage of running an electric fleet is that, as of this writing, there isn’t a very dense infrastructure of electric charging points outside of major cities. Though we expect this will change in the coming years, it’s worth investigating the accessibility of charging in your fleet’s stomping ground before going electric.

Of course, you can negate this problem by installing your own charge points, either at your business’ premises or at your drivers’ homes, if they keep their cars there. This, though, will likely prove expensive.

There are a couple of specialised services out there that can help you get your own charge points set up, and manage your fleet’s electricity usage – but you can check out our top pick below.

The best tools for running an electric vehicle fleet

To effectively run a fleet of electric vehicles, we believe you’ll need a few key tools. These include an electric vehicle fleet management system, a service for setting up your own charge points, and a charging point locator for your drivers to use on the go.

If you’re looking for a dedicated electric vehicle fleet management system, you can’t get much better than FleetCarma. This provider has been at the forefront of electric vehicle telematics for over a decade, and has even helped to drive adoption of EV tech.

It’s worth saying that non-EV-focused vehicle tracking systems – such as Verizon Connect or Samsara – can also be used to manage electric vehicles (though you won’t benefit from any reporting on charging). But if you’re looking for a truly tailored solution that understands the needs of an EV fleet, FleetCarma is an excellent option.

Best for installing and managing your own charge points

When it comes to setting up your very own charging infrastructure, you could have a worse helping hand than NewMotion. Specialising in high-performance charging solutions, NewMotion’s charge points are certified by safety standards, charge 60% faster than a regular outlet, and can be installed on any type of surface.

Crucially, alongside its charging hardware, NewMotion also provides an online portal through which you can view a range of data. You can monitor your fleet’s kWh usage, manage your company’s charge cards and costs, restrict who can access your charge points, see how long charges are taking, check whether a point is occupied, remotely start and stop charging sessions, initiate charging queues, and create and download customised charging data reports.

If you decide not to install your own charge points, it’s imperative that you empower your drivers with knowledge of the public charge points available to them.

To that end, Zap-Map is an excellent option. Its key feature is its interactive map, which pinpoints over 10,000 public charge points across the UK. Drivers can find the points nearest to them, and filter their results by connector type, network, location type, access restrictions and price. They can also view and leave comments about each particular charging location. Fleet managers may benefit from Zap-Map, too – namely its handy route-planning feature.

Available as an app and a desktop version, Zap-Map’s app is free – so your drivers can download it at no additional cost to your business.

More and more electric vehicles are gliding their way onto the UK’s roads – not least due to the government’s Road to Zero strategy, and the ever-heavier taxes and charges that diesel and petrol vehicles are facing.

Running a zero emissions fleet can save your business a shedload in terms of fuel and maintenance costs, as well as attract more talent and customers. Sadly, EVs can be targets for thieves, but a good vehicle tracking system will help to combat this risk.

Speaking of, we’d suggest FleetCarma as an excellent electric vehicle fleet management system – something all fleet managers should install and make use of. To help your drivers find charge points out on the road, you should look into having them download Zap-Map, and if you’d like to install your own charging infrastructure, we think NewMotion could help you.

If you'd like to compare quotes from a range of Expert Market-approved vehicle tracking suppliers, tell us a bit about your fleet using our quick form, and you'll receive tailored quotes from the providers that can help you. 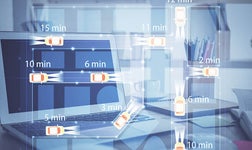 The Best Telematics For UK Fleets and Vehicles