We’re a dedicated team of in-house editors, writers and researchers who are passionate about helping businesses find the answers they need.
On this page
Expand
Compare free vehicle tracking prices and save Get free quotes

When was the last time you reached for a paper map? Or tuned into the local radio station for a traffic update?

GPS (Global Positioning System) tracking has revolutionised the way we live. Knowing the location of others – and crucially, of ourselves – has become something we take for granted.

It’s a technology that has massively improved the efficiency of fleets across the world. But GPS tracking is a force that can be used for evil, as well as for good. That’s why most Australian states have clear rules in place about how it can and cannot be used, and it’s critical that companies stick to these in order to keep out of hot water.

Read on to find out how your company can use vehicle tracking, wherever in Australia you’re based.

Okay, so the big question: in Australia, is GPS tracking of company vehicles legal?

The short answer? Yes, it is. As a general rule of thumb, though, you must make sure that everyone who is being tracked is aware that they are, and is given plenty of notice.

To ensure that you're staying on the right side of the law, we'd advise writing up a vehicle tracking policy and sharing it with your drivers. This document should explain:

What are the rules around GPS vehicle tracking in each state?

Australia being as big as it is, each state has slightly different rules. So, it’s important to read up on the legislation you'll need to comply with in your area:

If you’re based in WA, the The Surveillance Devices Act 1998 is the document you need to pay most attention to. It’s fairly long, so we’ll summarise; don’t track employees, or an object they have with them (i.e. their car), without their knowledge and consent.

Trying to track a car without permission just isn’t worth the risk. Companies can face a fine of up to $50,000, with directors/directly involved managers facing personal fines of $5,000 and up to 12 months in jail.

In Queensland, there isn’t actually any legislation to prevent the tracking of vehicles. That said, it’s always good practice to keep your employees in the loop, as it builds trust and mutual respect.

The Surveillance Devices Act 2016 covers the rules around all surveillance types in South Australia. Under this legislation, employers using any tracking devices (including personal GPS trackers, vehicle GPS trackers and devices in smartphones) must have either the expressed or implied consent of the employee(s) they wish to track.

Tracking company vehicles is legal in New South Wales, provided the employer complies with the Workplace Surveillance Act 2005. When it comes to tracking employees, the act states that you must notify the employee at least two weeks before tracking is due to start.

You must notify them in writing (email is fine), and include the following info:

Employers also need to display a sign within the vehicle itself indicating that it is under tracking surveillance.

For Victoria, the Surveillance Devices Act 1999 contains everything you need to know about vehicle tracking. The key takeaway is that it’s illegal to install a tracking device in order to track someone’s whereabouts without their consent. This also includes tracking objects, such as phones or cars.

Consent in this case can be implied or express. Express consent means asking the direct question, while implied consent could mean it’s included within, for example, a job contract.

In the ACT, the laws around vehicle tracking are pretty similar to those of New South Wales; that’s to say you have to notify the person you’ll be tracking ahead of time, and provide some key details (see above). Their legislation is the Workplace Privacy Act 2011 (ACT).

There currently isn’t any legislation regarding tracking vehicles in Tasmania. Again, we still maintain that honesty is the best policy!

Is it legal for your employer to track your phone?

Generally speaking, the rules for tracking an employee’s phone using GPS are the same as the vehicle tracking regulations above. Both cover tracking an object (be it a phone or a vehicle) that you can assume will indicate the location of the employee who uses the phone or vehicle, so they are treated similarly.

There are so many ways for fleets to benefit from vehicle tracking. Here’s just a few ways you could put your system to good use:

If you’re interested in finding out more, check out our guide to the best GPS fleet tracking systems, or fill in this short form to get custom quotes for your business. And remember, if you’re unsure about the legalities of your vehicle tracking, your provider should be able to give you the answers you need. 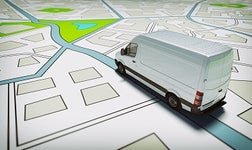 How Much Does Vehicle Tracking Cost? 2022

Teletrac Navman Fleet Management Review: Is it Right for Your Fleet? 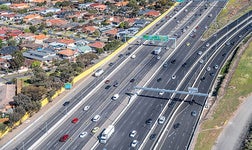