This Is A Man's World

“This is a man's world” are lyrics from the iconic song “It's a Man's Man's Man's World” by James Brown which was released in 1966. Next year, this song will be 50 years old but what's more shocking is that nearly half a century later, it's still a “Man's Man's World.” We've gathered data from publicly available records and produced a new series of maps which depict the gender pay gap across the United States of America. Despite the vast number of developments this country has made over the last 50 years, it's almost unbelievable to see that today the average wage is still higher for men in every single state. 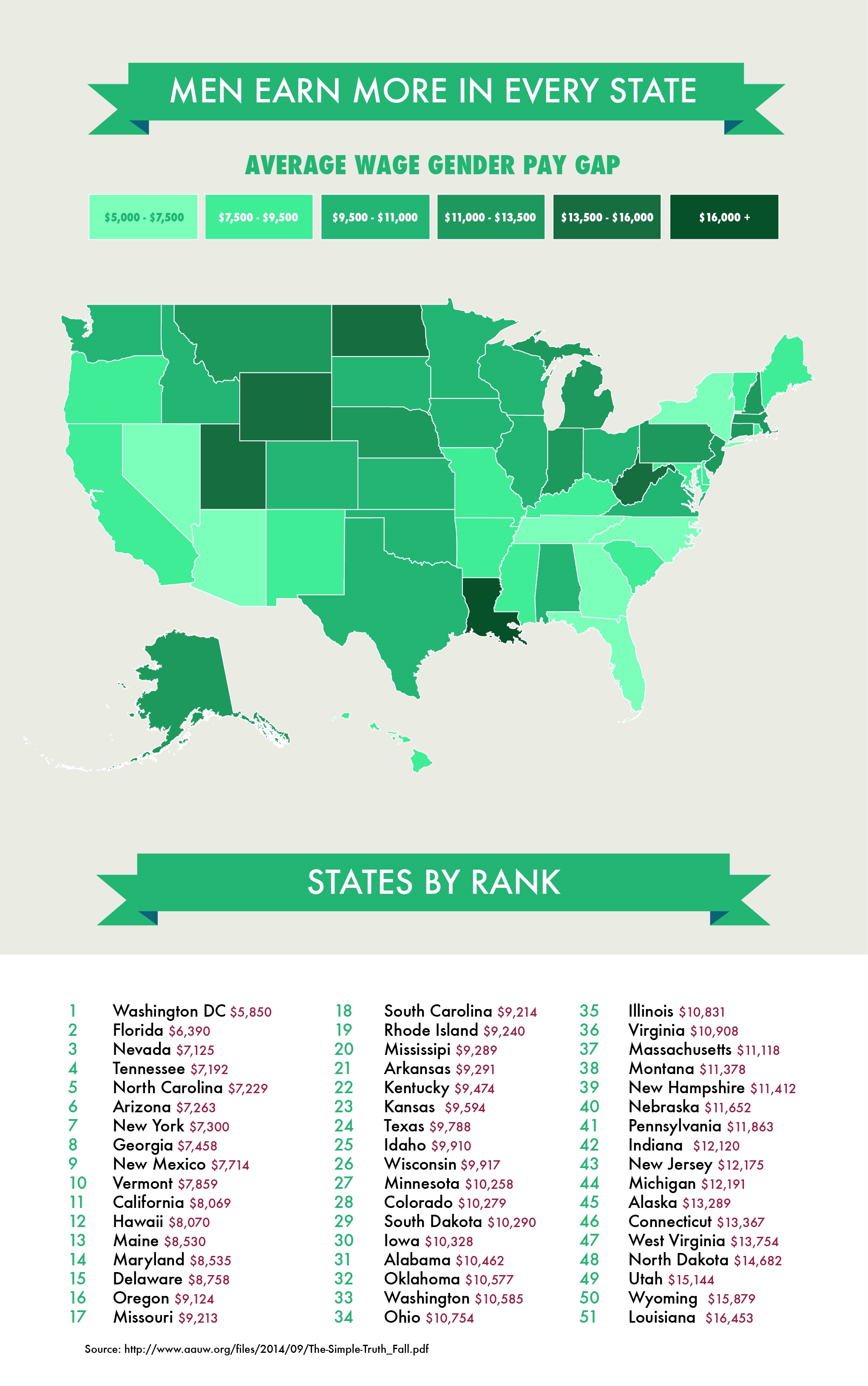 What does your business need?

Interestingly, the gender pay gap is not just something which exists among the average American. The map below observes how even the millionaires and billionaires across the country are affected by this factor. With just a fleeting look, it's clear to see from the map that the richest person in each state is usually a man. This is made extremely clear by the vast amount of blue (which represents males) on the map compared to yellow (which represents females). 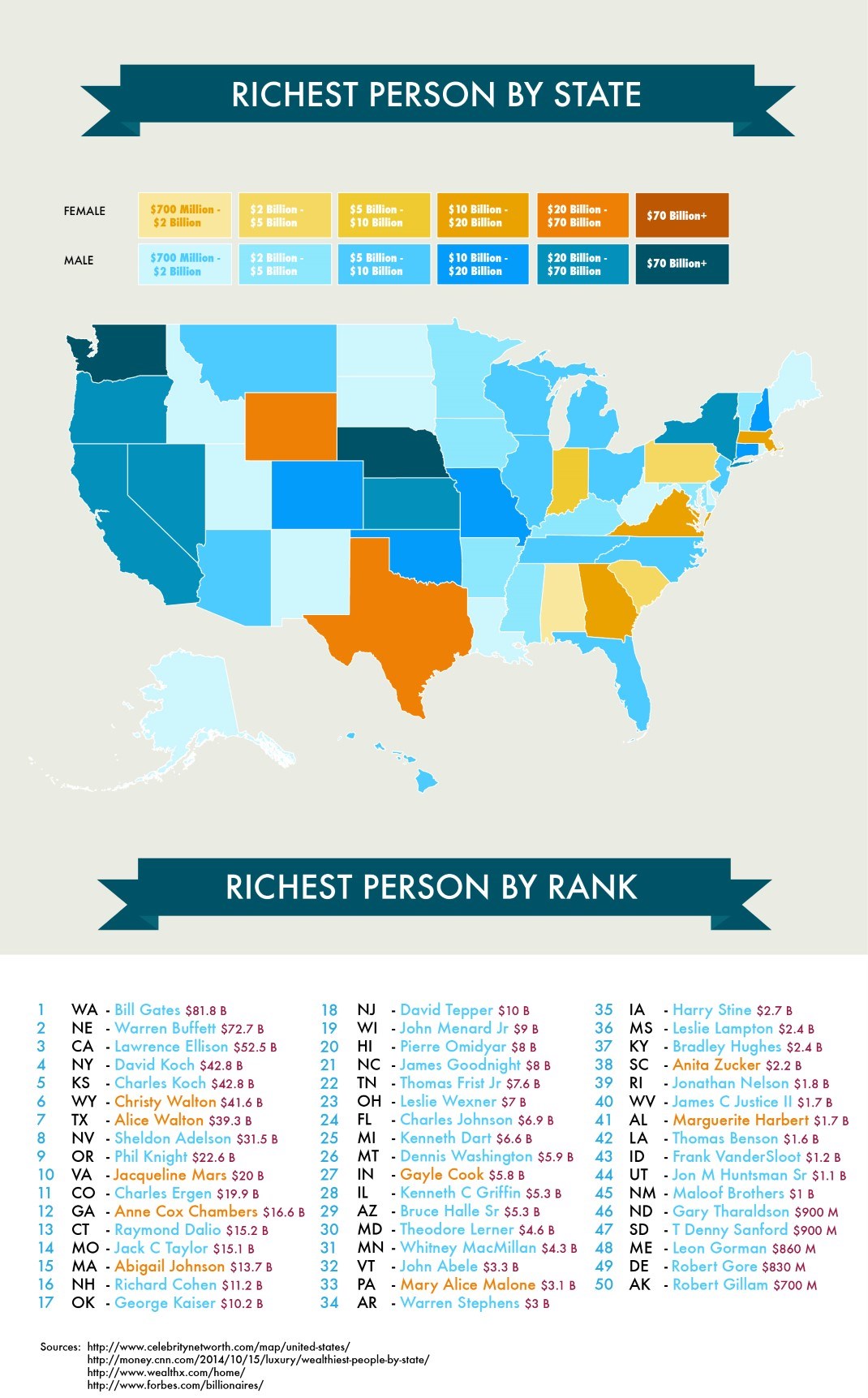 Yet more evidence for gender inequality comes surprisingly from the next map which details the richest woman in every state. Despite some formidable fortunes amassed across the country, it's clear from a staggering majority of these women's names that they have inherited this wealth status from grandfathers, fathers or husbands. If we were to recreate this map using only self-made women, not only would the total value decrease significantly, but most of the states would be affected. 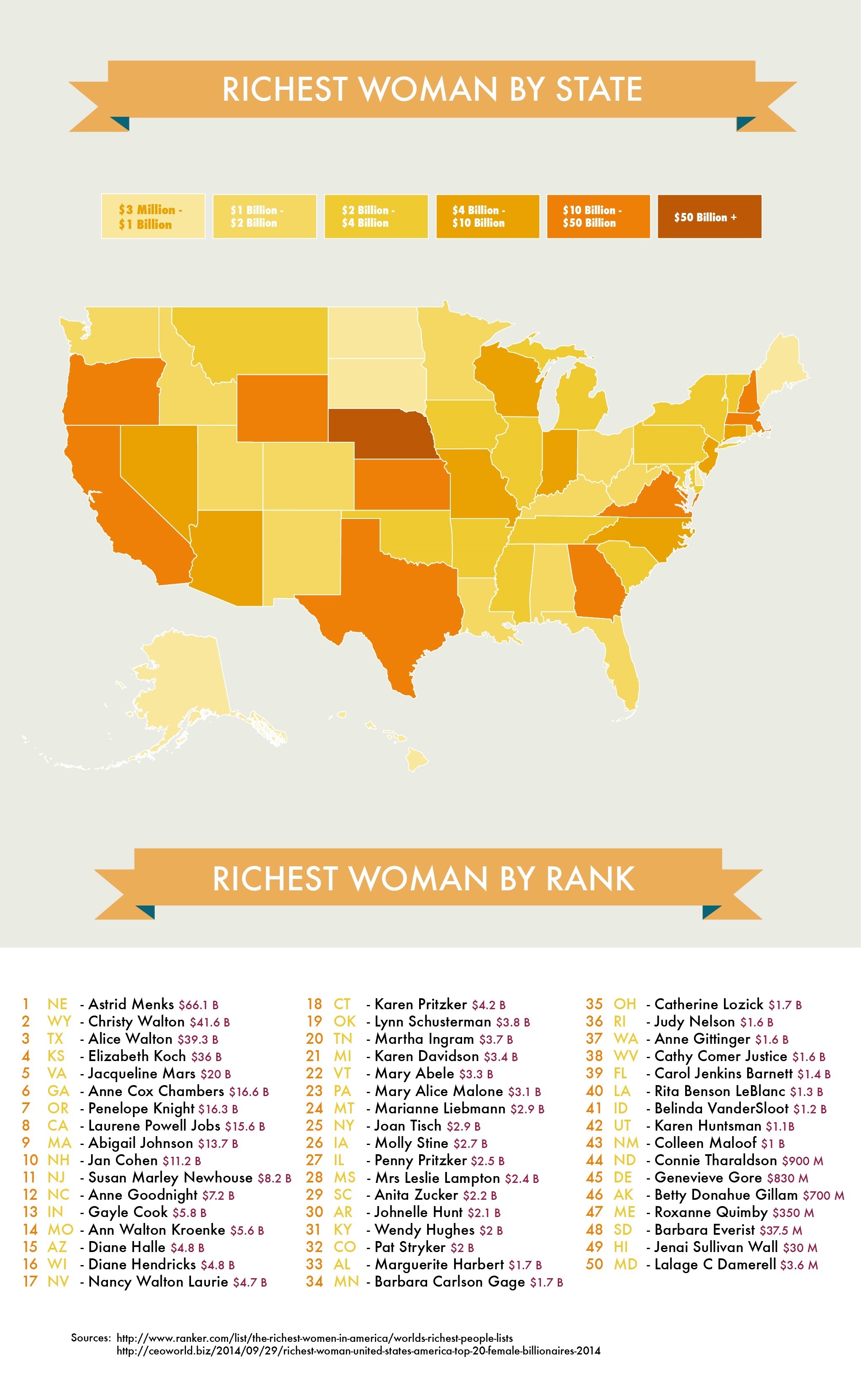 Whilst the rich list gender pay gap is quite varied across the country, it's clear to see that the South shows the largest number of states with no difference between the richest man and woman. Unlike the South, the West has an extremely high pay gap, this is especially evident in Washington where the gap between the richest man and woman is over $80 billion dollars. 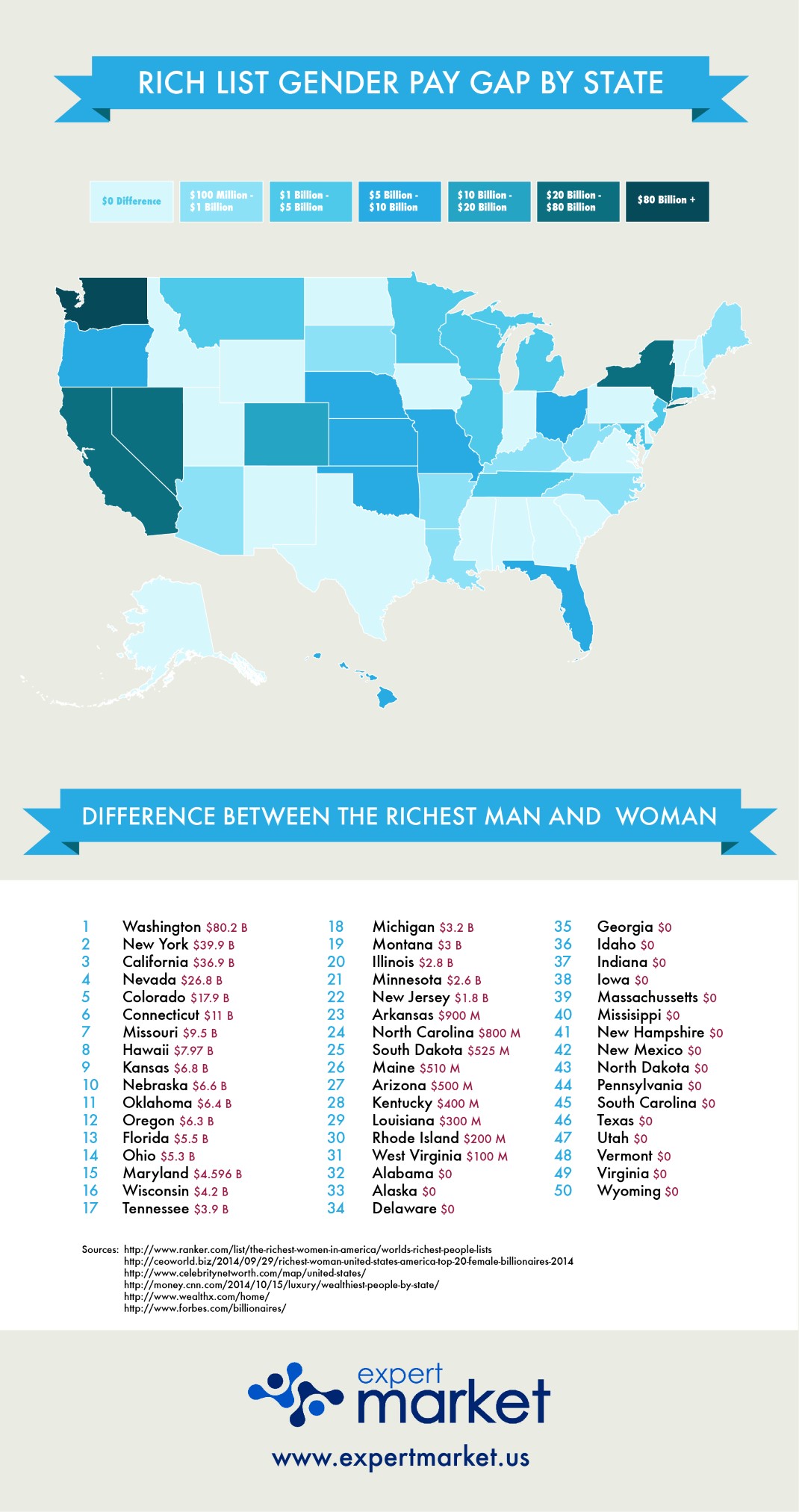