With perpetual war, omnipresent surveillance and public manipulation, Orwell’s 1984 seems more relevant now than ever. Indeed, when reading about a government that’s “not interested in the good of others” but “solely in power”, you would not be considered a fool for thinking you were looking at yet another leaked Trump quote instead of the words of the late author.

However, amidst this eerily accurate dystopian novel lies a line most significant. Delivered during the pivotal scene of Winston’s torture, O’Brian, his interrogator, attempts to convince Winston that reality does not truly exist and that only the party (Government) has the wisdom to determine what reality is. For: 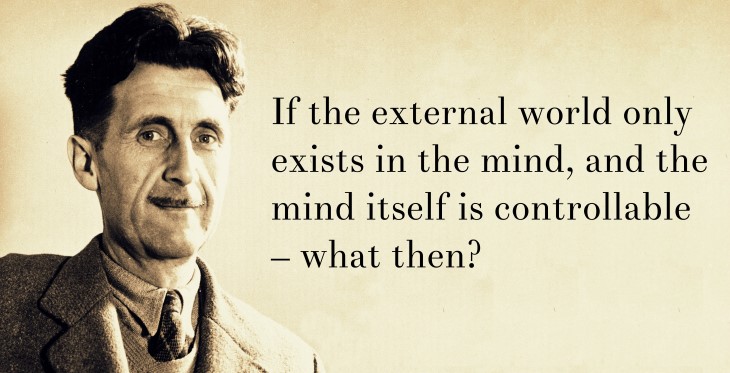 The power of this quote is twofold. For Winston, his last morsel of independent thought is torn away, leaving him nothing more than a puppet pulled by the strings of Big Brother. But, for many a thought leader, this phenomenon has far more powerful and positive implications, mainly for the attainment of success.

Napoleon Hill, author of the godfather of success books, Think and Grow Rich, dedicated 25 years of his life into researching this very attainment. During this period he was able to interview some of the finest minds to have graced history, spending hours with Ford and Carnegie, befriending Edison and even becoming advisor to Roosevelt. And his conclusion? Not only was it simple but it also acts as an answer to the aforementioned ambiguous Orwellian quote: 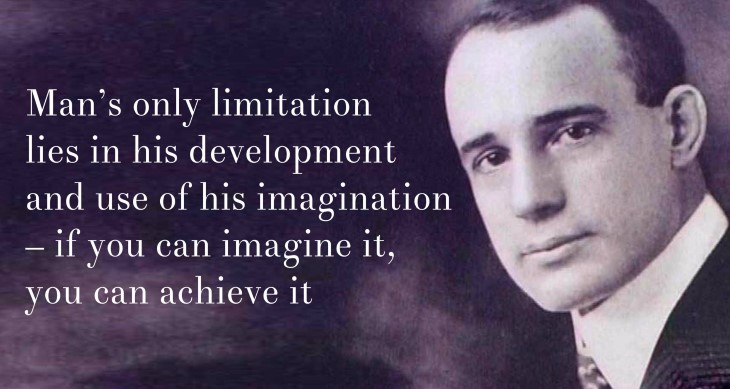 Hill of course does not mean that merely imagining something will lead instantly to success but instead he places it as a precursor; the first step on your walk to achievement. You must “select what you want, create your plan, put the plan into action, and follow through with persistence”.

For Orwell’s Winston, persistence was not an option, but for you and I, it is of utmost importance!

Hill states that “the fear of criticism, [both self and otherwise] is stronger than the desire for success” and that “too often people refuse to set high goals for themselves because they fear the criticism of others.” Our plans can seem flawless at first but once the seed of doubt is sown, the light of imagined success is quickly diminished by an overgrown forest of fear that only persistence and unwavering confidence can outgrow.

One mustn’t forget that “you have absolute control over but one thing, and that is your thoughts” and “if you fail to control your own mind, you may be sure you will control nothing else.” This ought to be the “most significant and inspiring of all facts known to man.” Orwell’s society lost control of their thoughts, they were unable to challenge the status quo and their downfall was definite.

The knowledge of this is extremely powerful and is where Hill’s secret of success comes to fruition.

Think for a second of the number of times you have heard people say they are unlucky, that they aren’t good enough or weren’t given the right chances. How often do you see procrastination or hear alibis and excuses? These people imagine their own failures, they set their mind to defeat and their reality quickly follows, for reality only exists in the mind, remember. But, if you can control your mind through “the result of self-discipline and habit” then you can “produce anything you can conceive”.

Success is nothing more than imagination, persistence, discipline and unwavering positivity; “success is stumbling from failure to failure with no loss of enthusiasm” (Churchill).

With the long arms of dystopia slowly taking hold of us, you would be remiss to forget the power of thought, the power we all contain but so few take advantage off. Heed the words of Hill, don’t allow criticism to affect you and always remember that you control your reality – so what now?

Let me leave you now with a quote from the great Henry Ford, a quote that quite neatly wraps up Hill’s theory of success:

What does your business need?
More from Voices
Latest from Focus
We use cookies. By browsing our site you agree to our use of cookies.