Jared Keleher Expert Market US
More from this author
There is a lot of debate surrounding jobs and unemployment at the moment. The following map looks backs at 2013 and shows the annual average unemployment rate for each county in the Unites States. 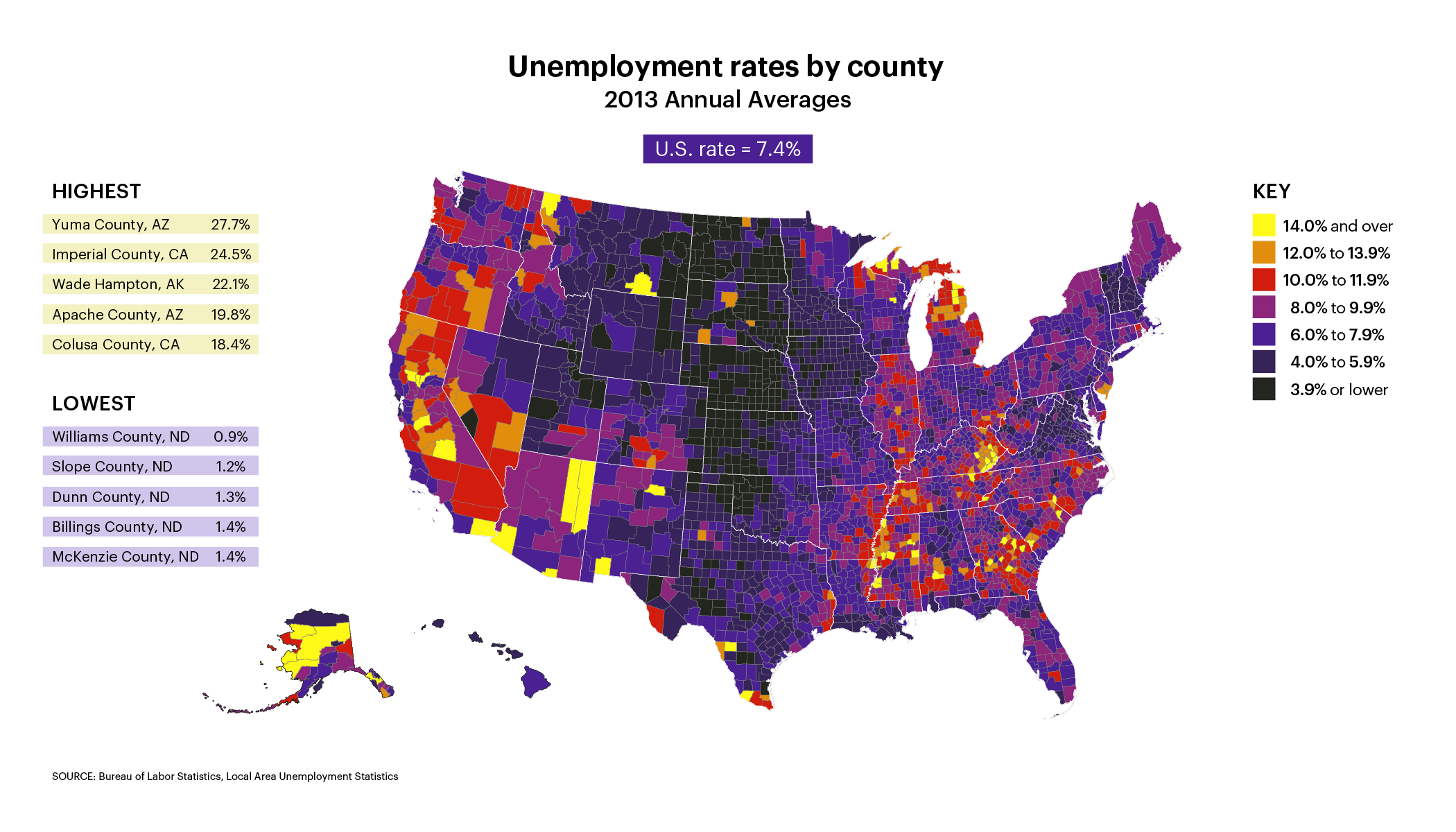 Click on the map to see a larger versionThe map uses the 2013 annual averages of Local Area Unemployment Statistics, available from the Bureau of Labor Statistics. It was created by reddit user artsii and is visually stunning.

The top five highest county unemployment rates are spread across three states – Arizona, California and Arkansas. In order they are:1) Yuma County, AZ – 27.7%2) Imperial County, CA – 24.5%3) Wade Hampton, AK – 22.1%4) Apache County, AZ – 19.8%5) Colusa County, CA – 18.4% Although Arizona and California both have two entries in this list neither rank at the bottom of the latest state-wide unemployment figures. That position is held by Rhode Island, where 8.7% of labour force was unemployed as of March 2014. The figure for California was 8.1%, and Arizona was lower still at 7.3%. Alaska, the other state with a county ranked in the lowest five on this map, had an unemployment rate of 6.6% as of March 2014. What do you make of these statistics, and the map as a whole? Are there any counties or states where the unemployment rate surprises you?
More from Business
Latest from Focus
We use cookies. By browsing our site you agree to our use of cookies.