Try The World is a “tour around the world delivered to your door” explained co-founder David Foult. For $39 per box, you can sign up to receive a gourmet box from a different country every two months. However, if your hunger for international cuisine can’t be satiated by a box every two months, you can buy more from the Try The World online store.

Having co-founded Try The World in 2013, we asked David what makes this business work so well? “Would you buy clothes without trying them? Probably not” David replied. From this, David explained, “We enable anyone to try new food delivered to their door, and then to buy them on our eShop if they liked it!”

The Inspiration Behind Try The World

As this business has been running for a few years now, we asked David to look back to the start and to describe where the idea for this business originated. David explained that “my co-founder and I share a passion for discovering new cultures through food.” Using the spirit that only the entrepreneurial among us possess, David and co-founder Kat applied this passion to a powerful business model and so Try The World was launched.

Often within the startup universe an idea is turned into a business after months or even years of planning. This was not the case for Try The World. David explained, “We did an incubator at Google HQ and we launched at the end of the incubator.” With this, David confirmed that only four weeks passed between the initial idea and the business launch. If there was any doubt about the success of this business, all hesitation was soon gone when Try The World sold out in the first two days. 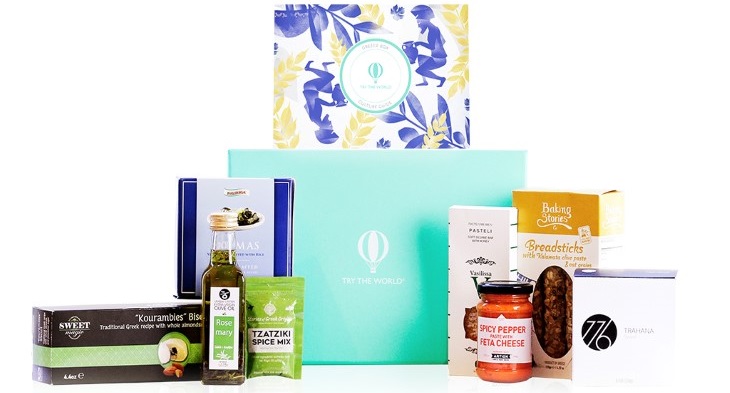 With such a remarkable origin, we asked David what advice he would offer to someone who has a business idea. “Just do it” David replied. “Create a Minimal Viable Product and put it on the market.” In David’s opinion, “execution matters more than ideas.” Clearly this notion has paid off for Try The World.

We have seen how social media has helped so many startups and Try The World is no exception. For David, social media has “helped build a strong community of people who love the product and the idea of travel without travelling.” From an internal perspective, we asked David what makes the perfect working environment. David told us, “a good team, sunlight, trust and hard work” are the most important things for Try The World.

The Best Moment so Far?

Having already seen the popularity of Try The World through the speed in which they sold out, we wanted to find out what the best moment so far has been. David’s response was particularly touching, he explained, “receiving an email from a customer who said that she showed the Tokyo Box to her Japanese mum who was 80” was the most satisfying moment. From this, the customer’s mother was able to recall different moments from her past, all based on the items which had been included in her box.

Without a doubt this is a business with a long future ahead of it, so we wanted to know what David has planned. “We want to change the way people shop for food; we want to be a leader in the food industry by growing our subscription and eShop model” David explained.

Based on the early successes this company has seen, we don’t see any reason why this plan for the future won’t soon become a reality. Since our initial interview Try The World has further expanded to include Snack Boxes for those who want a smaller taste of the world and Pantry Boxes, which they hope will provide an alternative to traditional grocery shopping.

What does your business need?
More from Success
Latest from Focus
We use cookies. By browsing our site you agree to our use of cookies.