Long gone are the days where YouTube was simply a platform for a couple of people to share home videos. 11 years and 1 billion active users later, Youtube has become one of the biggest social media platforms in the world. Kids aren’t just begging their parents to watch the TV anymore, a lot of us go home to find out what our favourite youtubers have put up, see what’s trending, or find tutorials for whatever we need.

Over 300 hours worth of videos are uploaded onto Youtube Every. Single. Minute. The most popular channel, PewDiePie, has over 47 million subscribers – that’s more than the entire population of Oceania. Businesses are crazy to neglect this growing platform to promote their brand, as well as find out what their competitors are doing. Below, we have looked at the Highest Paid Youtubers of 2016:

4-year-old Youtube sensation ‘Ryan’ is currently one of the most watched Youtubers on the entire platform; he even beats Justin Bieber and PewDiePie. Forget the subscriber count (4 million if you’re interested), Ryan is estimated to have made $14-18 million dollars in 2016 alone! Or his parents do anyway.

His channel was created in 2015 and in the span of one year, by reviewing kids toys, he has become internationally famous. With all the toys Ryan reviews, you would imagine rooms filled to the brim with the most expensive brands, however, the majority of the toys he reviews are donated to charity or given away to friends and family.

Reminder: He is four.

When you think of ‘successful youtubers’, you might start by looking at the most subscribed channel on Youtube: PewDiePie. Aged 26, his net worth is at $18 million, all thanks to the success of his videos on Youtube. Often criticized for just ‘shouting at a videogame with no real skill’, he has become worldwide famous and has turned his hobby into a living. 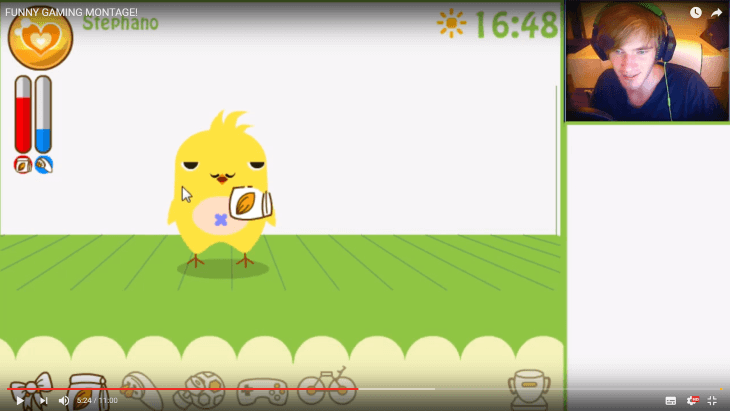 Whilst we encourage you to go and have a look around PewDiePie's channel to see what all the fuss is about we couldn't find any videos suitable for work to share with you here!

Last year, PewDiePie launched ‘This Book Loves You’, a parody self-help book which has also contributed to his net earnings. More often than not, Youtubers are writing books in addition to running their main channel, Mamrie Hart, Tyler Oakley, Dan Howell and Phil Lester, Jamie Curry, Zoe Sugg, and Alfie Deyes are just some of the more popular Youtubers that have jumped on the bandwagon.

On a completely different side of Youtube, makeup artist and entrepreneur Michelle Phan has a net worth of $50 million with 8 million subscribers. While her subscriber count doesn’t come near PewDiePie, she founded Ipsy, a company valued over $500 million, in addition to running three other companies. Much like PewDiePie and Smosh, she created her channel with the intention of sharing her passion, which spiraled into global success.

While Michelle primarily focuses on beauty, she is expanding her channel content, creating more lifestyle and career advice-type videos as opposed to a strict focus on makeup tutorials. She is, by far, one of the highest paid Youtubers in the world, even if the majority of her earnings don’t come directly from her channel.

Following PewDiePie as one of the most subscribed channels on Youtube comes SMOSH, with 22 million subscribers and a net worth of $11.8 million. The eccentric duo Ian and Anthony run the comedy channel, as well as maintaining their website and online-merchandise store. Their annual Food Battle series must be credited for attracting such a large portion of their viewers when they started up their channel. 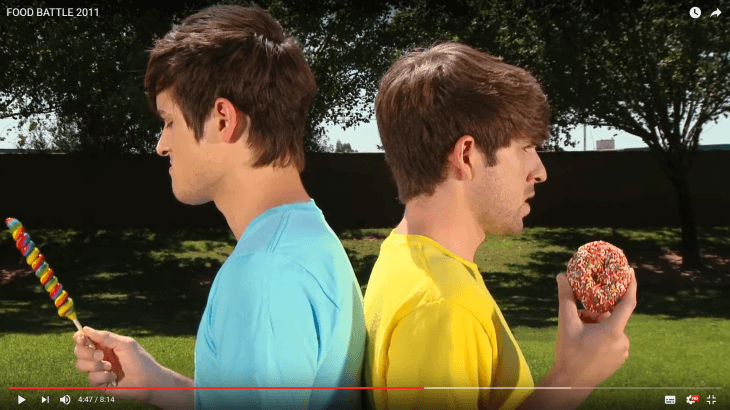 Once again please go and enjoy Smosh's channel but be warned they may use langue not suitable for office viewing!

Although Ian and Anthony haven’t written a book (yet!), there are 7 active smosh-related channels on Youtube, targeting a variety of audiences: with vlogs, gaming videos, comedy skits and more. Not only this, but Smosh: The Movie was released mid-2015, contributing to their growing business.

This family of six has 3 million subscribers and earns about the same amount as the SMOSH channel, if not more. Family Fun Pack is slowly approaching 7 billion views on their channel, and have accumulated nearly as many subscribers as Ryan’s Toy Review. Rather than review kids toys, this family goes on fun trips and vlogs their daily life, a pretty normal life right? Except they have made an estimated $11-15 million in 2016 alone.

Each day the channel gains an average of 8,800 subscribers to add to their already enormous pool of viewers. Youtubing for children by children is a growing industry that should definitely not be easily dismissed when looking at potential earnings.

And the last one? You guessed it, a kids channel.

With 7 million subscribers, Little Baby Bum has earned an estimated $6.5-8 million this year making videos for nursery rhymes. The rhymes themselves don’t change much but there is plenty of creative freedom when it comes to designing to videos. Their rendition of ‘The Wheels On The Bus’ even surpassed Frozen’s ‘Let It Go’ last year on Youtube’s all-time chart, placing 63rd.

The channel is run by a couple with their own toddler. Disappointed by the lack of quality nursery rhyme videos, they decided to make their own using the SEO and design skills they already had, not knowing that within a few years they would be one of the biggest channels on Youtube. With the success of their channel, they’re considering making even more videos every week.

If you're ready to start creating your own YouTube content, you'll need a few essentials to ensure your video content looks professional. We've highlighted some of the best options below and provided links to kick-start your research.

Smartphones, laptops and digital cameras provide rich images and video footage for a very low price, but the sound quality on recordings from these devices is far from high-quality. As our guide to making videos explains, your audience won't be forgiving if the sound is poor. The Blue Yeti USB microphone will help you capture professional quality sound with ease.

Natural lighting can work well if the light is bright and even. If you're recording indoors, in a dim location or in bad weather, your footage will suffer. A simple ring light like the Neewer ring fluorescent light will provide quick and even lighting to lift the quality of your footage.

A tripod is essential in order to deliver a sturdy and perfectly still video recording. Check out this lightweight tripod for perfectly still indoor and location-based shoots.

Timing is everything and long shoots spent outdoors can quickly become tiresome when you've got to start and stop recording every few minutes. Save time and energy with a cheap and simple remote like this wireless remote control.

Finally, if you're already operating from a webcam or smartphone, it might be time to consider something a little more powerful like the Canon EOS 80D digital SLR.

With these essentials in place you'll be creating world-class YouTube videos in no time. And who knows? Maybe next year we'll feature your YouTube channel in this list.