Localfu is a website which provides the user with expert local suggestions for $5. So, if you’re new to a city, if you’re travelling or maybe you just want to experience something different, Localfu connects you to a local who can give you the guidance like only a local can. We caught up with one of Localfu’s founders Roger Graham to find out more about this handy travel website and the story behind it.

The idea for the website stems from a family trip Roger enjoyed with his family years ago, when they were visiting a zoo. “We met the zookeeper, and he told us we absolutely needed to head a bit outside of the resort’s comfort zone and find this ‘natural waterslide’” Roger explained. Following this advice alongside another recommendation, led to Roger and his family being guided to picturesque spots along the river by the zookeeper’s friend.

Without these recommendations from a local, Roger and his family would never have known about these great spots. Roger explained that, “since then, I’ve wanted some easy way to talk to a local before travelling.” Even in today’s search engine enhanced society, “you just can’t search for that kind of stuff.”

Although this experience with the zookeeper ultimately led to the creation of Localfu, Roger told us that this initial inspiration didn’t turn into a plan for a business until years later. However, once this business idea was formulated, only about four months passed between idea and the official business launch. 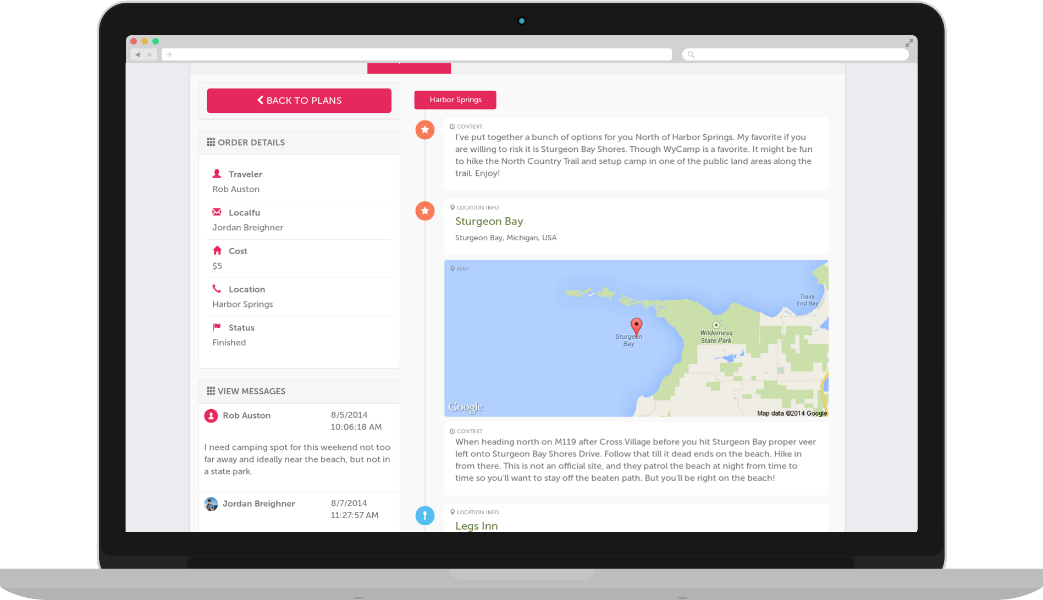 With the background of Localfu firmly established, Roger informed us that whilst the business and the website were being built from May 2014, the official launch was later the same year during August. But what makes this business different? “Most people try to find stuff to do via review sites, or local blogs” Roger described, but whilst these sites can offer interesting and informative content for the user, it takes far too long to find the information you need.

“There are over 400,000 reviews on over 11,000 restaurants on TripAdvisor in NYC alone” explained Roger. Localfu allows you to contact a local and receive a tailored and detailed set of suggestions which are perfect for your unique situation. So the thing that makes Localfu so unique? “You’re saving time and getting higher quality recommendations”.

What’s been the hardest part about starting this business?

Now the business is launched, it seems like a simple and natural progression from a pleasant past experience, to a business. In reality, nothing is usually so simple. So we asked Roger about the hardest part of starting this business. “For us, it’s been finding travellers on a small budget” Roger revealed.

Therefore, whilst people who have already heard of, or have already used Localfu love the service, sourcing new users who could benefit from the service has been a challenge. Roger gave us a real life example; “reaching travellers heading into NYC from anywhere else in the country is a tough problem to solve.” So what has Localfu done to neutralize this problem? “We’re now focused on finding people heading to events, like the Thanksgiving Day parade, or New Year’s Eve in Times Square” Roger revealed.

Despite this difficulty, which of course will be familiar to many startups, social media channels like Reddit, Hacker News and ProductHunt have allowed Localfu to be shared. With this, Roger explained that social sharing has been “the most effective form of growth for us.” Following this, we asked Roger what his most satisfying moment in business has been. For Roger, the response was easy, “our initial launch for sure.” Roger explained further, “Users were tweeting about us and were excited about the product – months of work finally seemed to be coming together.”

Having looked back to the original inspiration, we wanted to look forward to find out what the future holds for Localfu. “We want to be more than just suggestions for your situation. We want our locals to be able to plan every bit of a trip. Everything from hour by hour planning to handling the bookings and reservations for you.” Roger confirmed. With this, your trip would be completely planned with that touch that only a local expert can provide. Whilst this is the future, “for now, we’re focused on building the easiest and fastest way to get incredibly high quality recommendations from locals.”

After all, nobody knows the city better, than the people who live there.

Since founding LocalFu, Roger Graham has gone on to become co-founder and CTO of Flip, an app which helps people sublet their space.