@robdbinns More from this author
This map shows the real GDP (gross domestic product) per capita by state or province for the United States, Canada and Mexico. 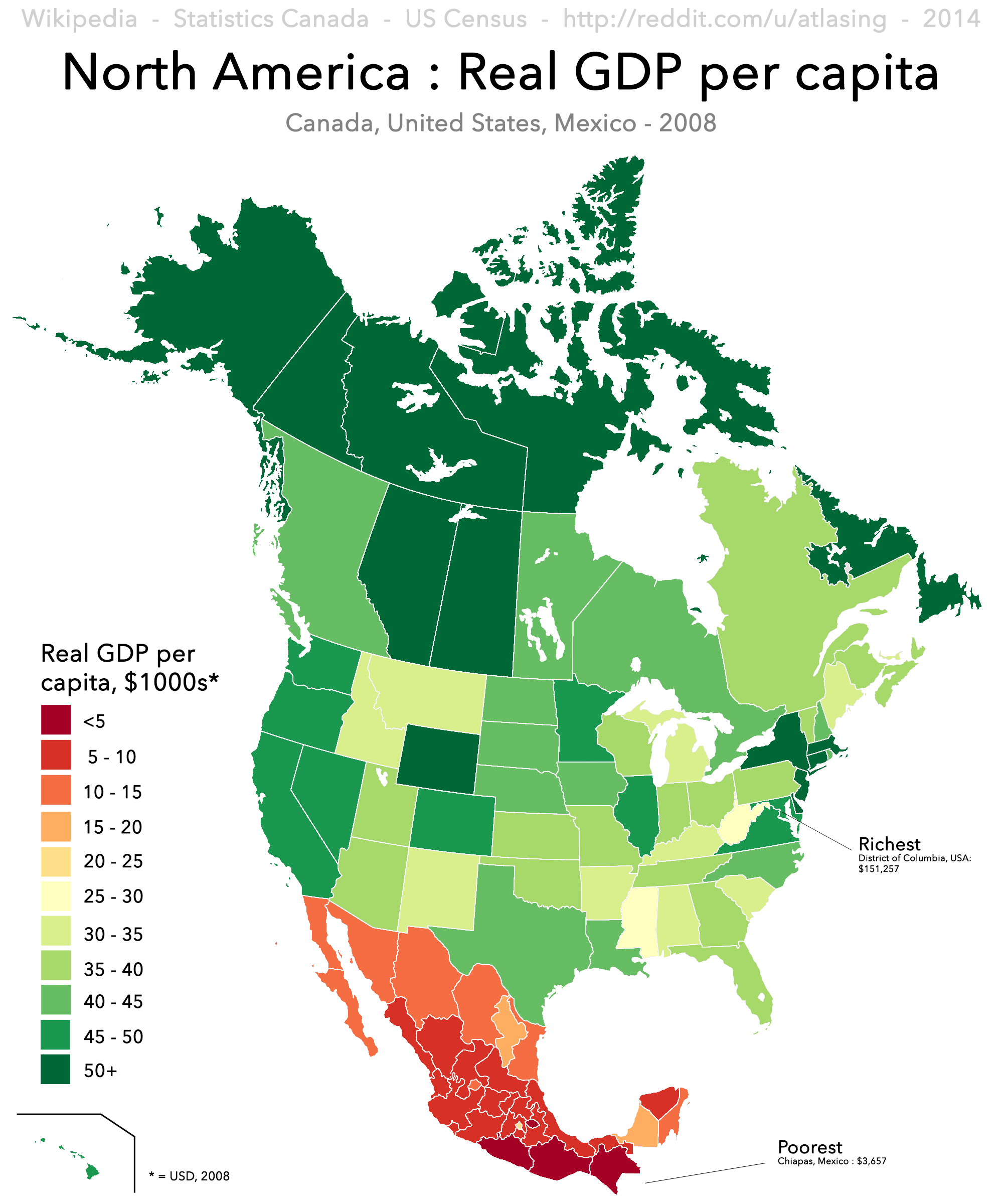 Click on the map to see a larger versionIt was created by Reddit user atlasing using data from Statistics Canada, the 2010 US Census and Wikipedia. As you’d expect there’s a stark contrast between Mexico and the United States and Canada. Mexico actually has the 14th largest economy in the world, but the country’s high population means they only rank 66th in the GDP per capita list. In comparison the US and Canada are both in the top 10 in per capita terms. What’s particularly shocking is the difference in GDP per capita between the richest area (District of Columbia, USA – $151,257) and the poorest area (Chiapas, Mexico – $3,657). That’s a gap of $147,600! However, the figures for D.C are artificially inflated by the large number of people who live outside but commute in for work.

GDP is a measure of the value of all goods and services produced, not of how much people earn. Although many economists agree that GDP per capita is the best possible way to approximate wages. The difference between real GDP and nominal GDP is that real GDP values are adjusted for inflation, whereas nominal GDP values are not.
More from Business
Latest from Focus
We use cookies. By browsing our site you agree to our use of cookies.