The Countries With the Most Women Managers Worldwide 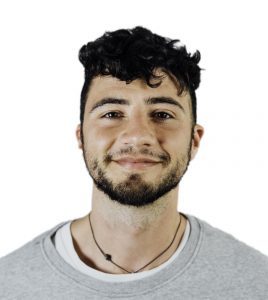 Gender inequality in the workplace has been a hot button issue for years. As of late it’s made more of a splash thanks to political tensions, gender pay gaps and some best selling books by high powered women.

Once again, everyone seems to be asking the question, do women have the same career opportunities as men? More specifically, are they promoted to managerial roles and given more responsibility at the same rate as men?

According to most of the news reports the answer would be no. After all, we often hear about how there is a lack of women in leadership positions in the work place.

However, we gathered data from publicly available records to answer this question and is seems as if the answer is yes and no. Or, more accurately put, it depends what part of the world you reside in.

While you may be able to make some accurate assumptions based on what you know about certain cultures, don’t get too cocky because some of the data is surprising. Read More

The U.S. and many other first world countries, where women have made major strides on the equality front, don’t even account for the top 10 countries with high percentages of women in managerial positions.

Jamaica takes the number one spot with the highest percentage of women managers at 59.3 percent. Colombia is in second at 52.3% and Saint Lucia came in next at 52.3 percent.

In all fairness, while some of the countries you would expect to have high percentages could be doing much better, many of them aren’t too far behind the top runners. The U.S. for example ranks at number 15 on the list with 42.7% of women in managerial positions.

On average it would seem that women account for 30 to 40 percent of managerial positions around the world. That’s not too bad considering it wasn’t until relatively recently women started to really enter the workforce in many of the countries listed.

There’s also a notable pattern in the Caribbean and Latin America where one can find higher percentages of women in managerial positions in comparison to the rest of the world.

While there’s certainly still room for improvement, perhaps the outlook isn’t as bleak as we once imagined.

For more information about how gender affects the happiness of a company, check out our Happiest Companies next.