The 7 Most Creative Social Media Campaigns Ever

Funny, inspiring, clever, or convoluted. Social campaigns have reached creative heights in an attempt to continue to catch the attention of the public. Some campaigns have gone outrageously viral, shared simply as a video or concept interesting on its own, no matter what it was supposed to be selling.

In recent years, we have been entertained by men in cat costumes advertising kitty litter, and forced to take a second look at our society as little girls were asked if they felt treated equal to boys. In recent months, the drive to top past successes has given birth to a whole new range of social campaigns – some ridiculous and some touching. You’ve probably had a few forwarded by your friends already.

Here is a list of seven of the most creative viral social campaigns ever and how their creativity launched each brand into the public eye.

Old Spice has a history of making their media campaigns hilarious enough to share, and their attempt in 2016 is the Dream Runner. An app you can install on your phone, it uses GPS to track your running or jogging route, and then saves an image of whatever pattern you’ve made from a bird’s eye view. Once you submit this picture to their site, you will be entered into a lottery to see if you are one of the lucky winners who receives a prize resembling your image.

Old Spice hasn’t lost their sense of humor with this campaign. Prizes have been awarded such as an inflatable shark pool toy and an “attachable man bun” to those who’ve run routes that better resembled a strange fish and a torpedo! 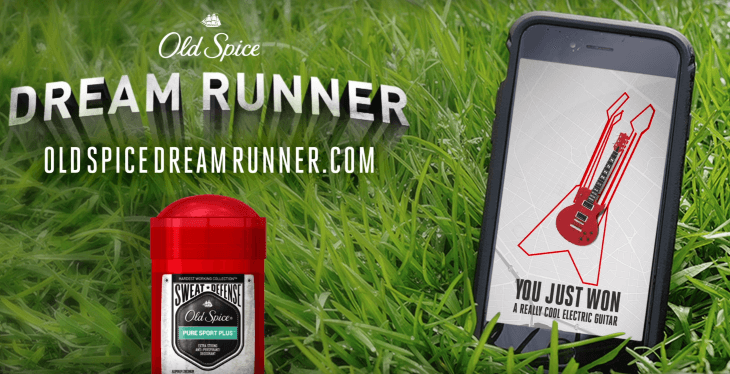 Dance On set out to gather more attention for up-and-coming musician Silento, and in the process, sparked a social craze. With the trending tag #WatchMeDanceOn fans, comedians, and those just looking to show off their own style were encouraged to record and share their own dance routines. This in turn spawned more videos in which friends challenged each other, and teens were caught out in moments of spontaneous dancing (and sometimes unexpectedly joined by their parents).

The only requirement was to use a signature dance from the original, and then use something unique of your own. The result of this campaign was the music video for the ever-catchy ‘Watch me (Whip/Nae Nae)’ which managed to hit #3 on the Billboard Hot 100.

With travel expenses continuing to increase, everyone appreciates deals and discounts. Even more so, they appreciate being included in what sort of offers are made available. AirBaltic created an enticing incentive for followers to get involved and spread the word about their campaign by creating “FanDay.” Every week, Facebook fans voted on the top three destinations, and tickets on whichever location won out each week would be offered at a huge discount. This encouraged long-time customers to stick around in case their vacation hotspot arrived on the ballot, and gave them a reason to get their friends in on the voting to push their choice up to the top.

The best businesses know quality marketing is about more than just getting your name out – it’s about creating an emotional connection between you and your customers. British Airways set out to put “the wonder back into traveling” with their #LookUp campaign.

Using a complex algorithm to track the location of their planes, BA transmitted intelligent information to an interactive billboard in London. The BA billboard showed a small child pointing up to the sky and the plane flying above in real-time, indicating that onlookers should look up at the passing craft. Alongside this the aircraft destination information was broadcast to those looking at the billboard 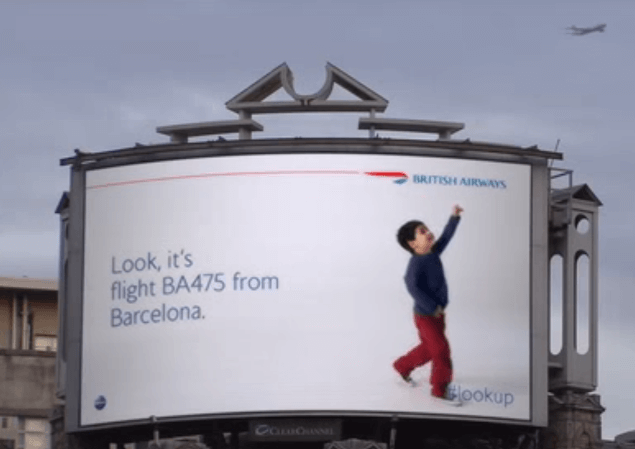 The NRL sporting league from Australia, has always had a foothold in social media campaigns, building digital platforms and Facebook apps to connect with followers and garter fan attention. Their latest campaign takes this to the next level – by actually interacting with fans. “SOO,” their first ever bot, asks fans countless and intense State of Origin trivia questions, with snappy one-liners and humor to keep their attention even if they’re wrong. This has encouraged even non-fans to throw their hat in the ring to see if they can stump the SOO bot.

As a restaurant, you might imagine KFC’s marketing approach would focus a little more on food and a little less on technology, but in their India chain, the opposite is happening. As airports and restaurants have learned, a place with phone chargers will drag in many more customers than one without.

With this in mind, KFC have launched a limited-time campaign known as the Phone Charging Meal Box. Walk in with a dead battery, buy something to eat, and sit down to recharge; their 5-in-1 boxes give customers a phone cable and a mobile charger in their meal box to top up their battery while they eat.

Everybody loves their pets, and this is the concept the little-known New Belgium Brewery latched onto with their campaign of encouraging followers to share the most adorable pictures of their dogs. This created buzz and competition to see who had the cutest, but the Brewery took it a step further. For every picture that was uploaded, they donated one dollar to the Humane Society of the U.S., spreading the word about their project and inspiring even those otherwise uninterested to participate.

The New Belgium Brewery has raised over $8 million through similar philanthropic campaigns, showing that inventive social media campaigns can do so much more than simply raise brand awareness or sell a product.