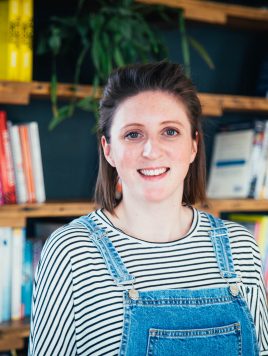 Full of unusual business ideas that no one ever thinks will catch on? You could be the next entrepreneurial mind of a generation, at least if history is anything to go by.

We searched high and low to find the most unusual inspiration, so here are five of our favorite companies that show how breaking the mold can turn unusual ideas into big bucks.

When you’re a kid, everything can be a pet. From a wasp to a worm, children will take anything and make it their own. In 1975, Gary Dahl was listening to his friends complain about their pets and joked that a rock would probably make a far better pet than any cat or dog – especially as it required no upkeep.

After launching the Pet Rock at a San Francisco gift show, Dahl made $1.5 million dollars from his enterprise (the equivalent of $6.5m by today’s standards), and was able to retire from his job in advertising in his thirties.

Josh Opperman was left heartbroken and broke after his fiancé ended their engagement. As a result Opperman lost out on 70% of the cost of the ring he bought her. Realising that jewellers only buy back items at a massively reduced cost, he decided to set up a site to help jilted lovers resell their gems.

With the help of his sister – I Do Now I Don’t was born. The company currently offers 1.7 million used engagement and wedding rings for sale each year, and boasts a retail value of $4.2 billion. Add in endorsements from publications like the New York Times and it’s easy to see why I Do NOw I Don’t is flourishing.www.idonowidont.com

Roni and Ken Di Lullo were worried when their dog didn’t seem to be able to see properly during a game of frisbee. Working out that the problem was sun sensitivity, they came up with the idea of dog goggles – or doggles – as they later became known.

Although this may seem like a pretty funny concept, (even in this age of pet mania) by 2012 the company had a revenue of $3 million, and continues to grow to this day.

Students across the world know that the only thing worse than a hangover, is having to clean up the debris from the night before whilst feeling waves of self-inflicted nausea. Marc Simons and Alex Vere Nicoll realised this, and offered University of Colorado students clean up services at $20 per roommate.

Not only this, but they bring each hanging raver a breakfast burrito and Gatorade – just to help them through the morning.

The company has had support from everywhere from the US to Korea, and is sure to be around for generations of Colorado students for years to come.www.helpinghangovers.com

Jason Sadler came up with a unique advertising idea that no one had thought of before. Despite people doubting it would take off, Sadler offered to wear a company’s advertisement for one whole day for just a dollar.

After launching his site properly in 2010, the company made $56K in 24 hours, and has gone on to gross over $1 million. Sadler has since changed his surname to Zook and has closed the I wear your shirt site, moving onto different projects. www.iwearyourshirt.com

No matter what type of business you’re thinking about starting: pet rocks, second hand engagement rings and doggles are enough to prove you can make a success of anything if you have the drive, determination and a bit of luck.