4 Movies About Work With Surprisingly Accurate Depictions of the Workplace 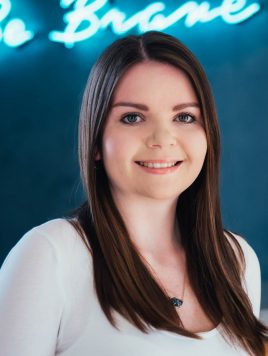 Most movies are not known for their realism. Even ones that are supposed to be portraying a realistic part of life can leave you wondering: ‘in what universe does that actually happen?’.

Movies are supposed to be an escape from reality, though, so we don’t necessarily want them to be too realistic. However, sometimes the best movies are ones that hold a mirror up and show us things we can all relate to, whether good or bad.

The workplace is something the majority of people have experienced, so it’s no surprise that there are an abundance of movie and TV shows set in, or involving a place of work. As a movie lover, movies featuring the workplace are some of my favourites because they very often hit the nail on the head. I’ve picked out 4 movies that do just that.

‘Work Parent’ in The Intern

Ben Whittaker, played by Robert De Niro, in The Intern is a great example of a ‘work parent’. Not just because he’s an older gentleman – work parents can be any age – but because he embodies just about everything that makes a work parent. Ben is a retired widower who is bored with retirement and decides to sign up for an internship program at a company looking specifically for senior interns.

His boss, the CEO and founder of the tech company, Jules Ostin, isn’t too sure of him at first but she soon warms up to him, because, honestly, it’s hard not to.

During his time doing the internship, when one of his co-workers is struggling to find an apartment Ben lets him stay at his home, he cleans up the office, he becomes a sort of personal assistant/mentor/driver to Jules, and when things are going wrong in her personal life, he becomes a friend who gives good advice.

There’s also the fact that he’s always concerned with how little she eats: Jules: I think I forgot to eat today. Ben: Should I pick you up some sushi? (She says no but he ends up getting her some soup anyway). Yep, Ben is the quintessential work parent.

If you’ve ever worked in retail, you’ll know that customers are the bane of any store clerk’s existence. But we can’t hate customers too much because chances are, whether you’ve worked in retail or not, you’ve probably been that annoying customer yourself at some point.

Clerks is a day in the life of two store clerks. There’s Dante, who is working on his day off to cover another colleague and continuously reminds us that he’s: ‘not even supposed to be here today!’, and Randal, who is supposed to be there but doesn’t seem to actually do any work. There are hilarious and downright bizarre occurrences throughout the day, and the portrayal of some of the customers who come into the store are not even that exaggerated.

We have the ‘milkmaids’, customers who come to buy milk and search through all the bottles trying to find the one with the latest expiration date (ashamed to say, I am this type of customer myself).

There’s the customer who stands right in front of a sign that says ‘NEW MOVIES IN’ and asks: ‘So, do you have any new movies in?’. The customer with the really vague question: ‘Can I rent a movie from last year?’.

And, last but not least, the customer who asks to use the staff toilet and ends up dying in one of the stalls. Randal sums it up perfectly when he eloquently states: ‘This job would be great if it wasn’t for the f***ing customers’.

‘Does this person even work here?’ in American Psycho

When you work for a large company, it’s likely that you won’t know everyone you work with and/or what they do. You might see certain people around the office, say hello to them every morning, maybe even have a chat with them at work socials, but you might not know (or remember) their name or what it is they actually do.

There are others who never seem to be doing any actual work whenever you happen to see them.

Then there are some people you’re certain you’ve never even seen before yet they’ve been working at your company for ages.

In American Psycho, Patrick Bateman is continuously mistaken for his colleague, Marcus Halberstram, by his other colleague, Paul Allen. Actually, Patrick is mistaken for someone else a lot of the time.

We also never actually see him doing any work. In the few scenes we get of him in his office he does nothing but put his feet up on the desk and watch TV (who even has a TV in their office?), listen to music through headphones, and doodle dead bodies in his diary.

To be fair though, no one in American Psycho is shown doing any work – except Patrick’s secretary, Jean. But let’s be honest, no need to focus on something as mundane as Patrick’s job when he leads a (much more interesting) psychopathic, serial killer double life.

Meetings, in general, can sometimes be quite daunting – especially meetings where what you’re discussing is not particularly positive. So I think it’s safe to assume that a meeting with the VIPs of your company, one being the CEO, are on a whole other level of terrifying.

You’re sitting around a table with your colleagues and the VIPs, talking facts and figures, exchanging ideas, and what you say in the meeting could get you noticed by the VIPs – and depending on what you say, that might not be a good thing.

The late night meeting scene in Margin Call, a movie about a company having a financial crisis and the VIPs trying to come up with a plan of action to save it from going bust, gives us a good portrayal of this.

Peter Sullivan, a senior risk analyst, is in a meeting with the VIPs and the CEO of the company, John Tuld. John asks Peter to stand up and explain the situation to him “as you would to a young child or a golden retriever” (awkward), and despite looking like a deer in headlights at first, Peter knows his stuff and makes a great impression on the VIPs.

At the end of the movie he even ends up getting a promotion. Well, I didn’t say they were completely realistic!